It was a very last minute decision that we had to pack our luggages and heading somewhere for the Bank Holiday weekend. We got our Eurostar tickets just 2 days before the departure and the hotel booked just 1 day before as far as I could remember!

So, it was 0500 in the morning that we woke up on Friday in order to catch the 0610 Eurostar to Brussels. We were at the departure hall less than 30 minutes before boarding that made us so worried that we might be late. When we got there, we were not late afterall as the 0610 train was cancelled due to some technical issues! So, the train was late! Not a very good start in the morning but all we could do was to check-in and waited at the lounge for the later train! 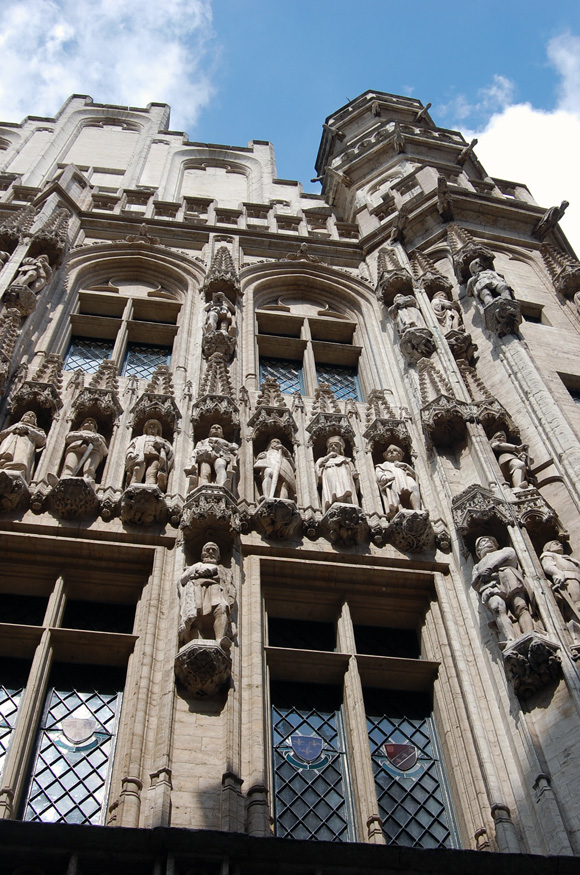 It took slightly more than 2 hours to reach the Gare du Midi in Brussels. We first made our way to the hotel before started our adventures in Brussels – The City of Chocolate, La Ville de Chocolat. We were not far from the La Grand Place, The Grand Place. It’s probably about 10-15 minutes walk. As we both are very organised tourists, we already got our “to-do” list sorted before we stepped our feet in Brussels.

We first visited Manneken Pis (little man wee). On the way there, we did a brief stop at a shop just to ‘check’ some items. Apparently, this store that sells G-star and Diesel garments were visited by Demi Moore and her husband Aston Kusher some months ago. Well, let’s skip the shopping bit but switch back to the Manneken Pis. On that day, this little sculpture of the naked boy that urinating into the fountain was dressed in Ukraine traditional custome. It’s not really original. I prefer the original way it has been.

After that, we made our way to the stunning La Grand Place. It’s stunning, so stunning that you just have to take a few snaps. There are some cafes and restaurants at Le Grand Place. One of them is recommended in the travel book for Belgian/French cuisine. It was lunch time and we were both hungry. So, without wasting much time, we were at ‘t Kelderke. It didn’t take us long to choose what we wanted. We both opted for Mussels & Chips, Moules & Frites – the classic dish! (Yum! Thinking of it now makes me so hungry) 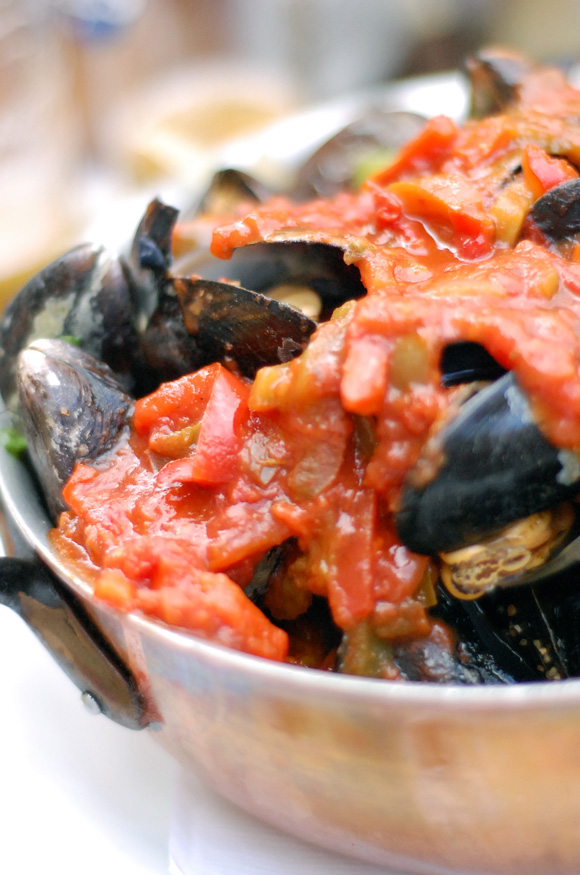 Tomatoes are abundant at this time of the year. So, try to grab those little jewel-liked cherry tomatoes. This is truly a vegetarian dish and I was really impressed by all the flavours without using seafood or meat. I could eat this risotto everyday! Look at the dish, it’s so summery and basically it is summer in a dish, I would say! I think the tomato essence is such a great idea that brings a potentially plain risotto to another level of flavour. 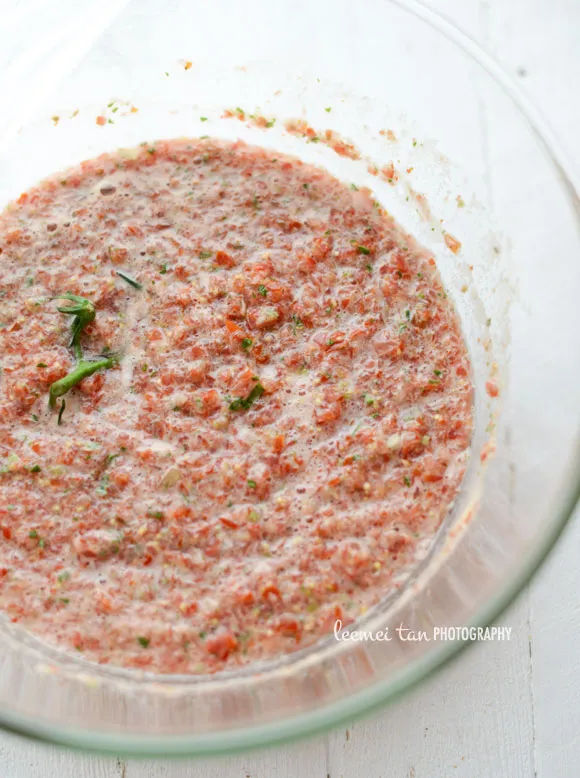 I ordered Moules à la Provençale as for Arnaud, he had the classic Moules Marinieres. Ah, not to forget, the well-known Belgian beer. 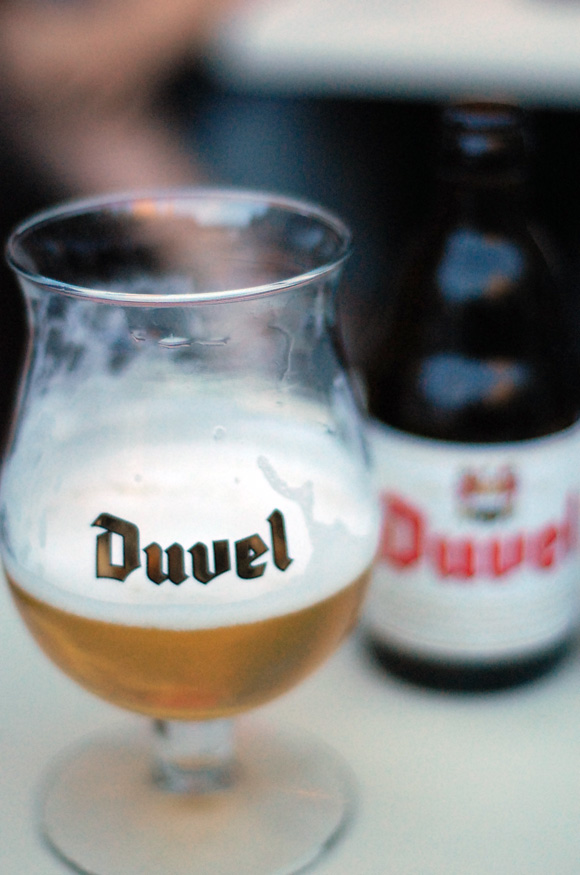 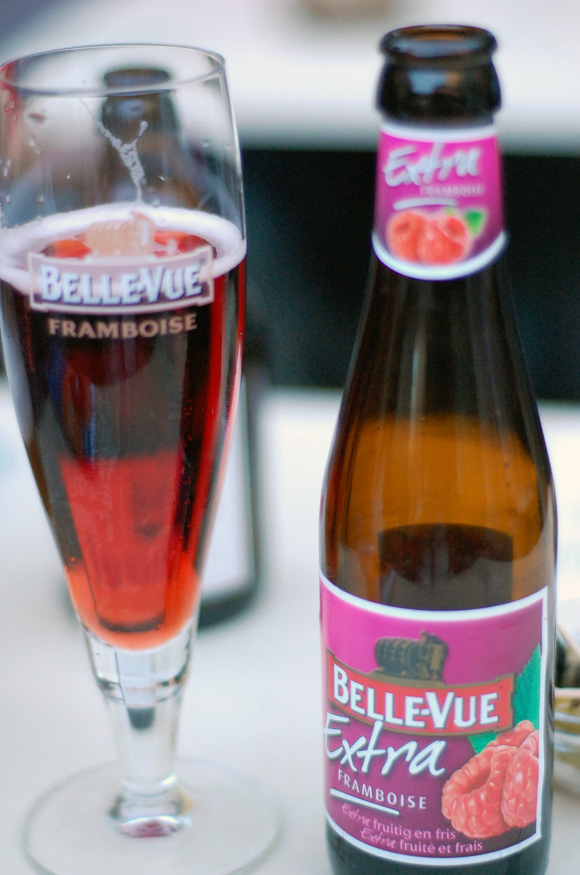 After waiting patiently for about 25 minutes, two big portions of mussels finally arrived, of course with 2 portions of chips! Our faces filled with joy as we knew the journey of enjoying good food was about to begin! We took our time to enjoy our food as well as the view around us, it was just magnificent! This is what I call life 🙂

We spent the rest of the afternoon shopping – window shopping. Basically, we started with Galerie St-Huberts, then to Saint Catherine and the Treasury, also not to forget Saint Géry and Sablons where some nice designers shops can be found.

As the evening grew near, it was time to think of what’s for dinner and where. As we had shortlisted the good and recommended restaurants to dine, it didn’t take us long to decide. Before that, we thought it would be a good idea to chill a little at one of the cafes/brasseries for aperitif. This time, I tried the flavoured beer, it’s Raspberries Beer. Slightly sweet and easy to drink, love it! Arnaud opted for Duvel, it’s too heavy for my liking.

We final decision of restaurant was Comme Chez Soi. This is the best restaurant in Brussels. It has been awarded with 2 Michelin stars. We were lucky to be able to book a table at the very last minute as it’s usually fully booked and booking has to be done 2 or 3 months in advance. What a total indulgence to end the first day in Brussels! Stay tune for part 2! 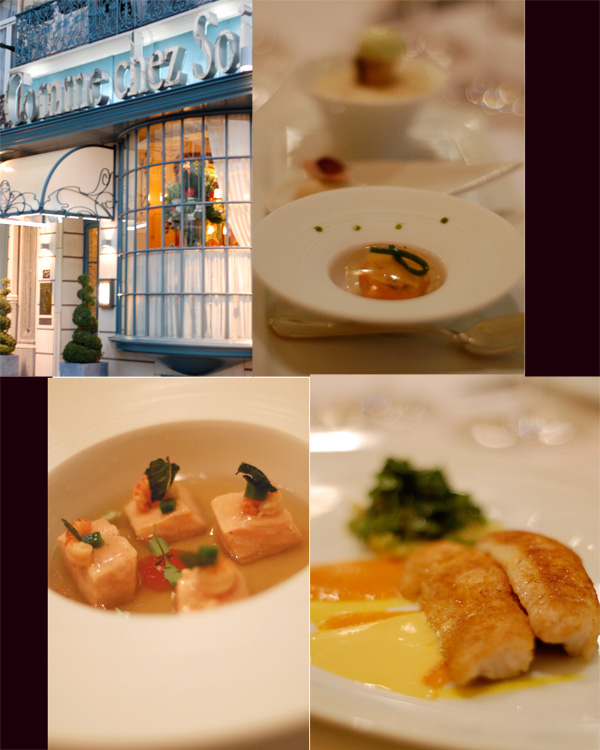