It was a long journey back to Marrakech. As the tickets for Supratour coach was sold out. We left no choice but to take the local bus. Slightly cheaper, but you get what you pay for! On the way, we stopped by a town – a different pit stop from the one when we came to Essaouira.

A Moroccan woman with 2 kids came on the bus to beg for money. She was piggybacking her son and her daughther following at the back. The girl came to us and asked ‘Des Bonbons’. I looked at her and my first thought was she has got really pretty eyes. We gave her some sweets and she left. I still regret that I didn’t take a potrait of her as she has got amazingly pretty eyes! It’s quite a sympathetic sight that the level of poverty is quite high over here.

After 4 hours on the bus, that was it. We arrived at our riad. This time, it’s Dar Dallah. It’s another nicely decorated riad, owned by a French guy, Patrick. He was really friendly and gave us all the good tips of where to eat. About 45 minutes later, we were out and about again. 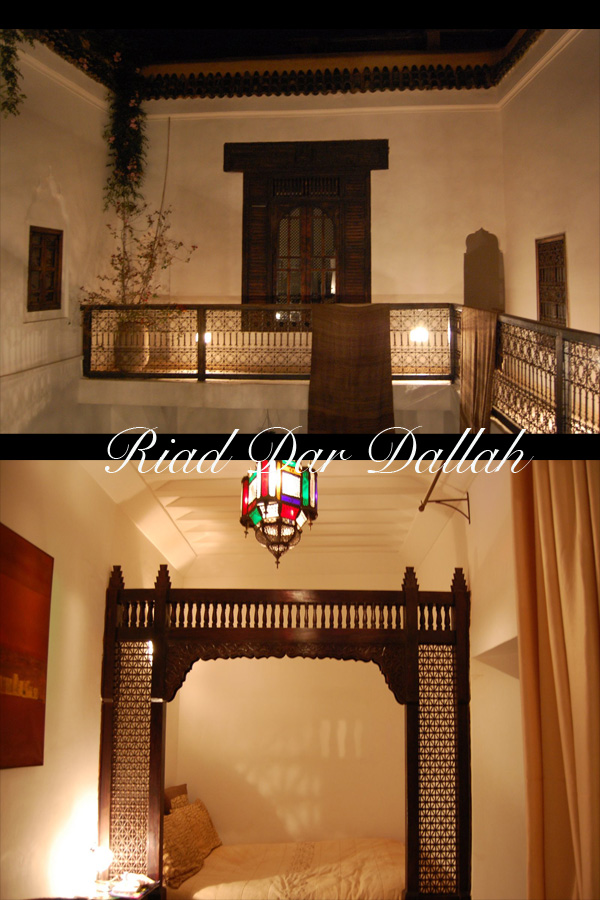 We decided to choose Dar Mimoun (one of the restaurants recomended by Patrick) for dinner. It’s a riad that has been established for a while with very nice settings. The food served is traditionally Moroccan. We shared a Pastilla for starter followed by Lamb Tagine as main and finished with a very simple (too simple) Moroccan dessert – orange with cinnmon.We strolled back to the square. A cup of Veirvene fusion, it’s time to call it another day! 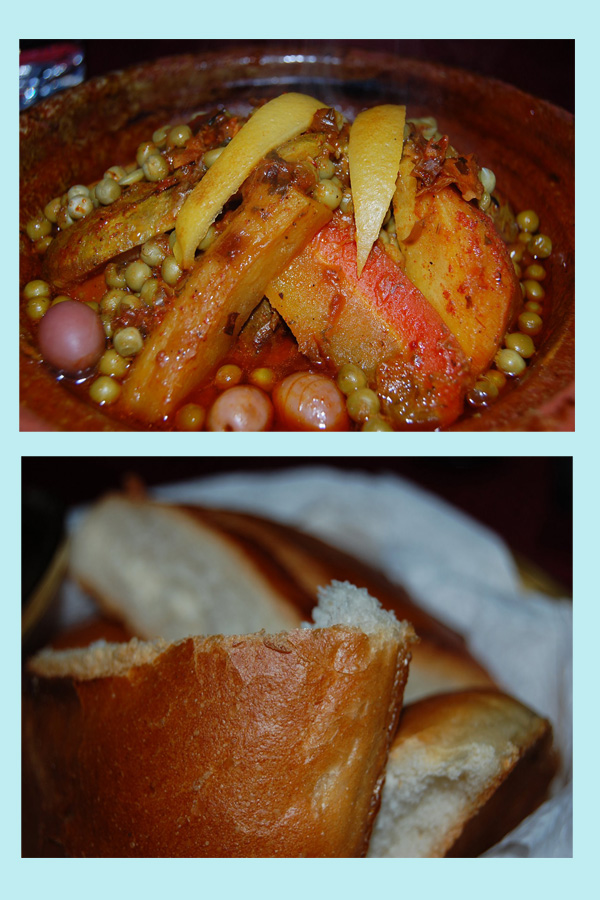 It was in Dar Dallah that we woke up this morning. Today was gonna be the day to be real tourists. After our Moroccan petit dejeuner at the terrace we headed to a newsagent nearby Djemma el-Fna to buy ‘The Original Marrakech Sightseeing Tour’. The bus departs every 30 minutes from Djemma el-Fna and goes around all the touristic spots such as Jardin Majorelle, La Palmeraie, Palais El-Badi, Saadin Tombs, Palais de la Bahia and the list goes on. We stopped at Cafe de la Poste for lunch. It is an old cafe but looks really classy.

If you come to Morocco, you shouldn’t give the orange juice a miss. It’s freshly squeeze, it’s pure orange juice! Arnaud had grilled sardine whereas it wasProvencal tart with prawnsfor me. Look at them, aren’t you drolling now. After a long lunch, we hopped on the bus to continue the tour. 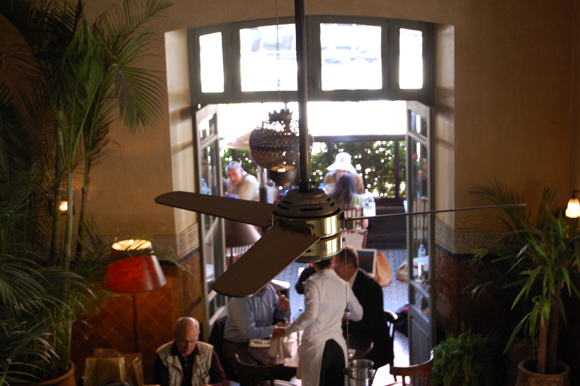 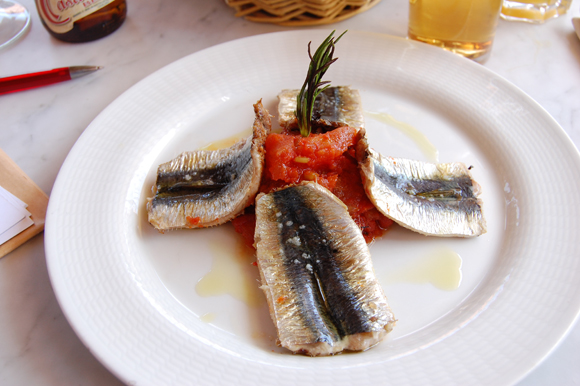 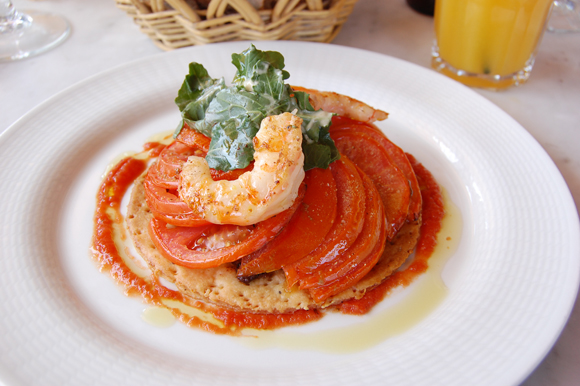 As the evening approached, we were getting ready for dinner. Le Foundouk was recommended by Patrick. We didn’t know about this at first as we told him we wanted to try Dar Moha. He said that it was over-priced. For the same standard or better, Le Foundouk is highly recommended. He was right. We were amazed once we got in the restaurant. The ambience was chic yet not overemphasised.

We had cocktails as appretif. It was supposed to follow by a starter but we both forgot to order after being much absorbed with the surroundings. Chicken Tagine for Arnaud and Couscous with 7 vegetables for me. I couldn’t believe that I nearly finished the couscous. It was served in a big portion and it was very very filling! Desserts were not a miss for both of us. We shared a French dessert – pistachio creme brulee and a Moroccan dessert –  orange with cinnamon. This time, the Moroccan dessert didn’t disappoint us. It was well presented and portion was bigger. After being pampered with good food, it was time to go back to the riad for a good night sleep after a good meal to welcome another new day and sad to say that it was the last night in Marrakech.

We decided to attend a half day cooking lesson at La Maison Arabe. It started at about 10am. We spent the first hour learning what Moroccon cuisine is all about and some tips in Moroccan cooking. They do use some of the spices that are used in Indian cooking as well. Then, followed by hands-on session to prepare Moroccan salad and chicken with lemon tagine. It wasn’t that difficult though. The final result was good. We enjoyed what we had cooked. 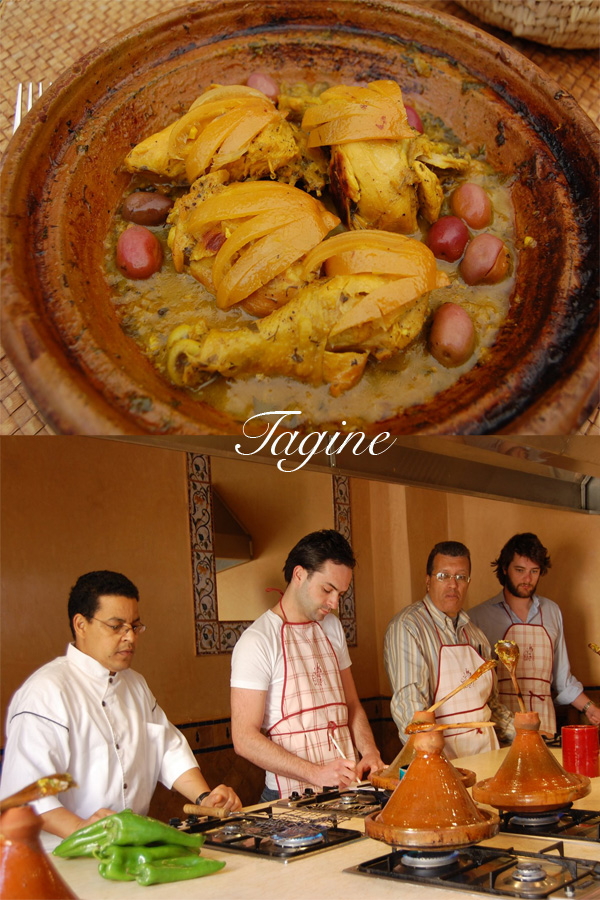 We spent the afternoon shopping. Bought some really nice lanterns from the craft centre Ensemble Artisanal on Avenue Mohammed V. This is where you don’t have to worry about the price as it’s controlled by the government. Thus, no bargaining expertise is required.

Hammam was next. Went to Hammam Ziani which was recommended on Tripadvisor. Over here, there are seperate rooms for men and women. It was quite a strange experience to have Hammam – it started with soaping then spent about 15 minutes in the steam room. I had to rinse before entering to another room where a Moroccan lady started to scrub my whole body. It was good as I thought all the dead skins would be gone and left me with a velvety skin! Massaging was next. They used a special oil called Argan oil. Apparently, it’s very popular in Morocco. Shower was the next step. It took about an hour to have all these done. So invigorating after the Hammam!! We were walking towards Djemma el-Fna and suddenly a familiar name of a restaurant/bar caught our attention – Kosybar. Since it was such a coincidence, we thought we would go in for drinks and to enjoy the sunset at the terrace. 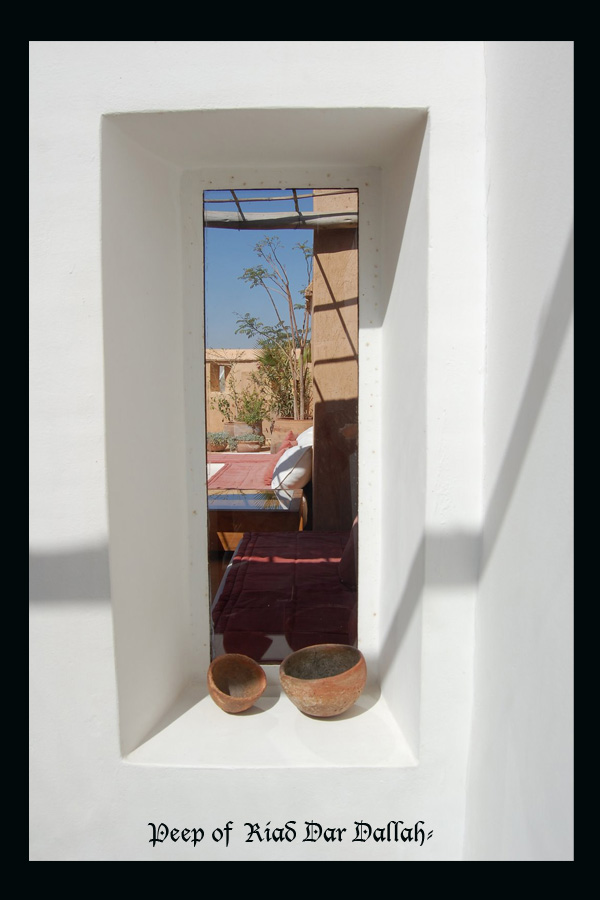 Our last dinner in Marrakech was at Chez Chergrouni. It’s near to the square, that’s why we opted for it as we needed an early night before flying back to London the next morning. This time to Chez Chergrouni, we were less enthusiatic with the menu as we had tried much better ones! However, we didn’t complain much as we needed to fill our stomach. There were 2 ladies sitting just next to our table. It was probably their first time to Chez Chergrouni thus a remark by one of them who was having the chicken tagine – ‘This is amazingly delicious’… Uh huh, are you sure? You should venture out of this place!

Last chance to see Djemma el-Fna and the surroundings. We took a taxi and made our way to the airport. The holiday was over. This time to Morocco was really an eye-opening experience. I have learnt about the local people, not only from the aspect of food, but culture, and lifestyle. Few bits on negative side but overall, it’s good and invaluable! Next trip to Morocco, perhaps the desert experience?