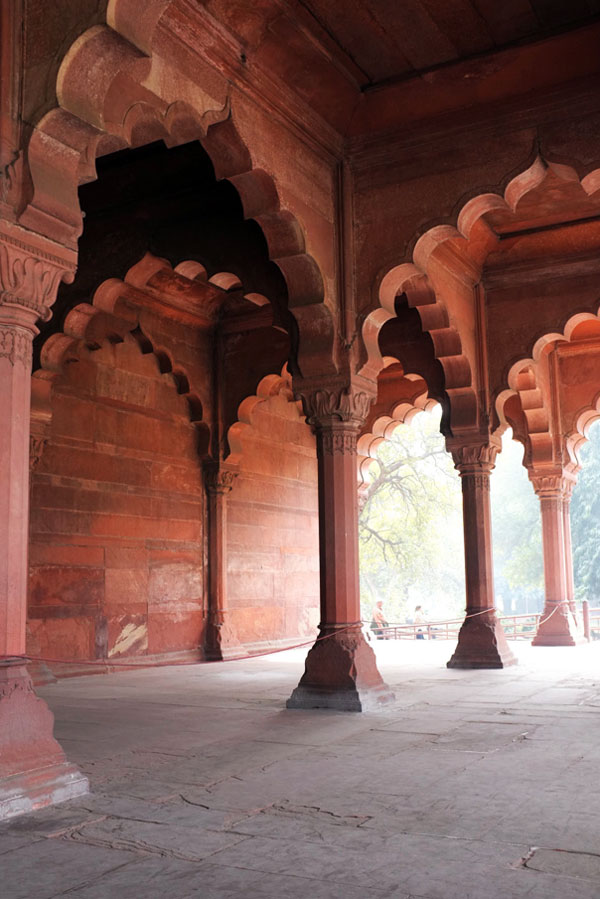 Just a week after we stepped into 2013, I packed my luggage and ready to fly to India. It was my first time to India. Work-first-pleasure-comes-after kind of trip didn’t get me too excited! The first few days living in a suburb not too far from Delhi didn’t give me a lot of chances to see much. Some scenes that stayed in my head were those that I saw through the car window during the daily journey to my destinations – some families living by the road sides; wild boars wandering on the main roads; very chaotic traffic; drivers honking their horns, rushed and didn’t give way; hazy and polluted.

First week went past really quickly before I could remember anything that had happened. Arnaud arrived and marked the start of our holidays.

Nizamuddin Basti was one of the areas we decided to visit – kind of a place that is off the beaten track. It is a historic neighbourhood and one of the colonies of South Delhi. We paid a guide in the area for a short tour that showed us the hidden richness in the area: dargahs, tombstones, mosques, culinary delights, qawallis, the ruins of Barakhamba and Chausath Khamba.

We walked in some small alleyways as if I was brought back to the backstreets of Marrakech. Vendors selling meats and vegetables, the calligraphy and attar shops, the tombstones of unknown ancestors, children enjoying themselves on a broken cart. Interactions with residents make the basti come alive and give it a soul that leaves behind a lasting impression. 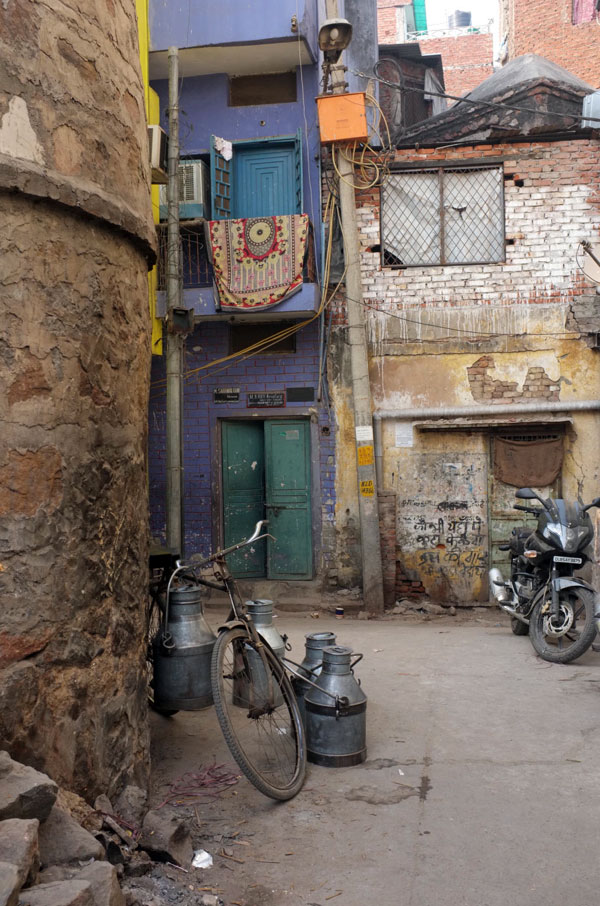 Chandni Chowk meaning moonlight place is one of the oldest and busiest markets in Old Delhi. No one seemed to respect the rules on the road. In fact, there were no rules – auto rickshaw, cars of different sizes and pedestrians could come from any directions and formed that chaotic scenes, proven a tough place for the road users. Constant honking of cars drove me crazy! 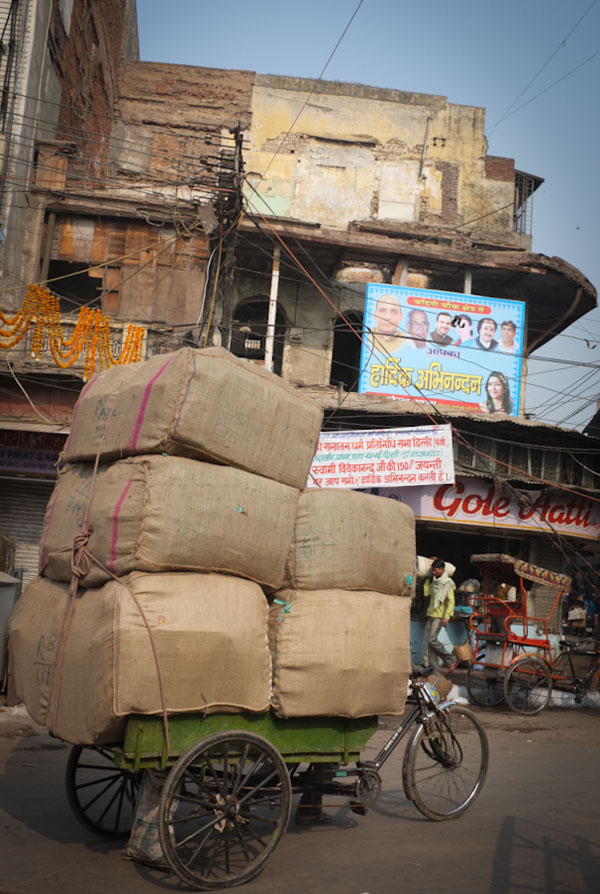 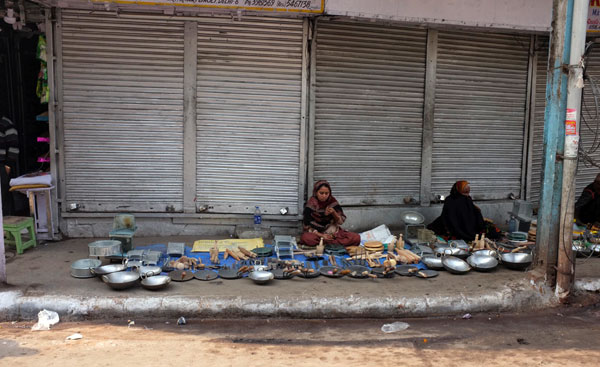 Vendors of all sorts were trying to get their first customers of the day – the smell of pungent spices, urine, rose scented perfume, rubbish and sewage filled the air – what a combo! Not the most pleasant area to walk around without wearing a mask and certainly not the moonlight place that I had in my head. A lot of people seem to call roadsides as their homes, carrying out their daily routines as usual – cooking, bathing and sleeping at the same spots. Such scenes have made me realised how lucky I am.

Tiny alleys crammed with bazaars thronged by crowds and rickshaws. A number of restaurants sell yummy looking food. I was really tempted but had to be tough and gave most of them a miss for the sake of my stomach and being very cautious not to get sick. 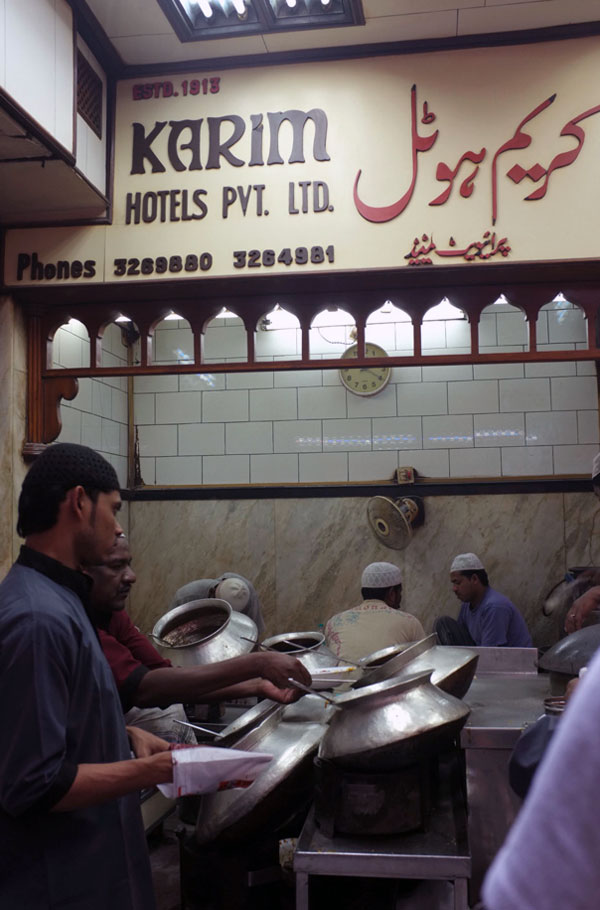 Managed to go to one that looked decently clean and recommended, called Karim’s, which is just on a small lane across Jama Masjid’s south gate. Karim’s has been serving Mughlai cuisine since 1913. A lot of locals and tourists frequented this place – always a good sign!

I personally think the food is just average and the best thing, for me, on the menu was the fluffy and fresh from the traditional Tandoor oven Naan bread. The Briyani rice did look appetising but I was too full to sample. 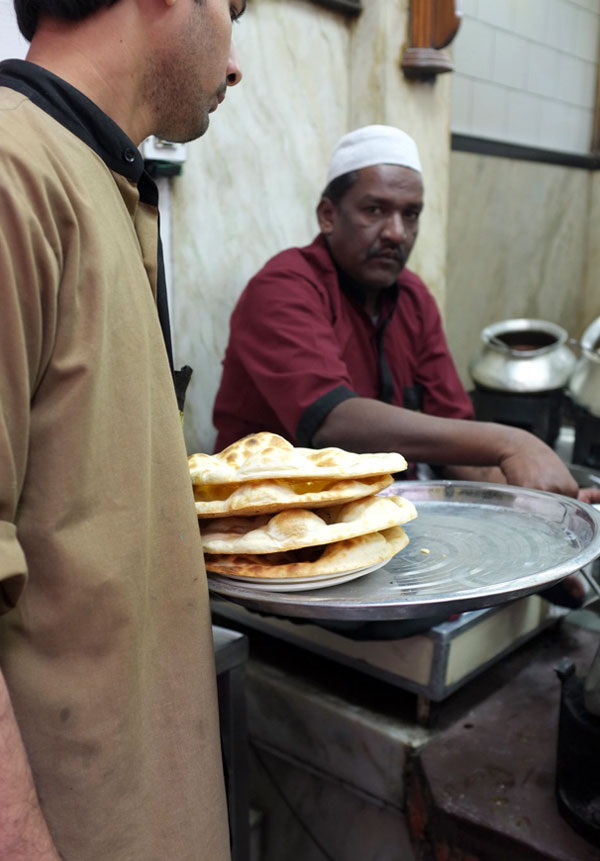 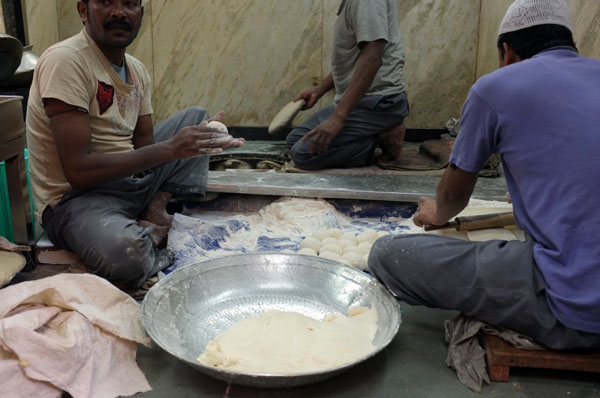 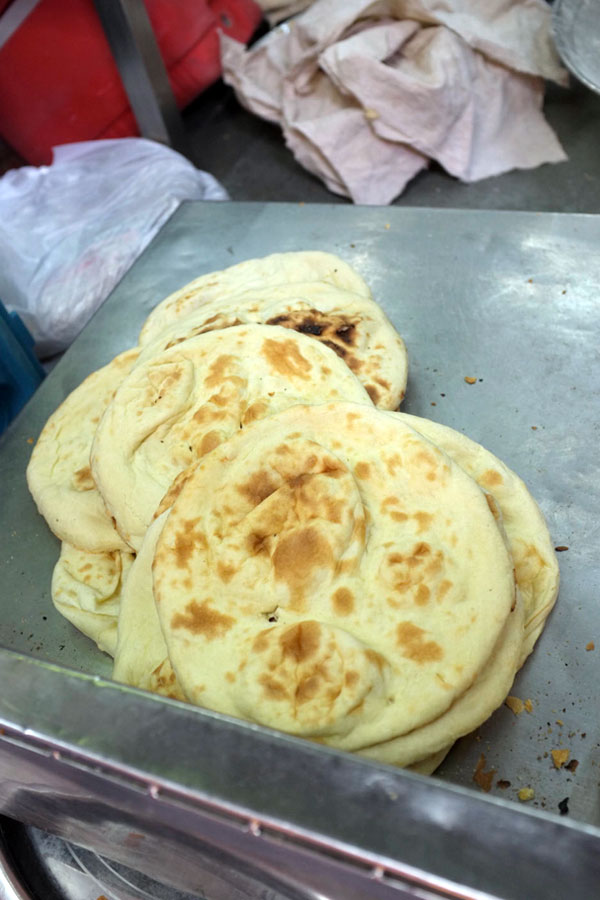 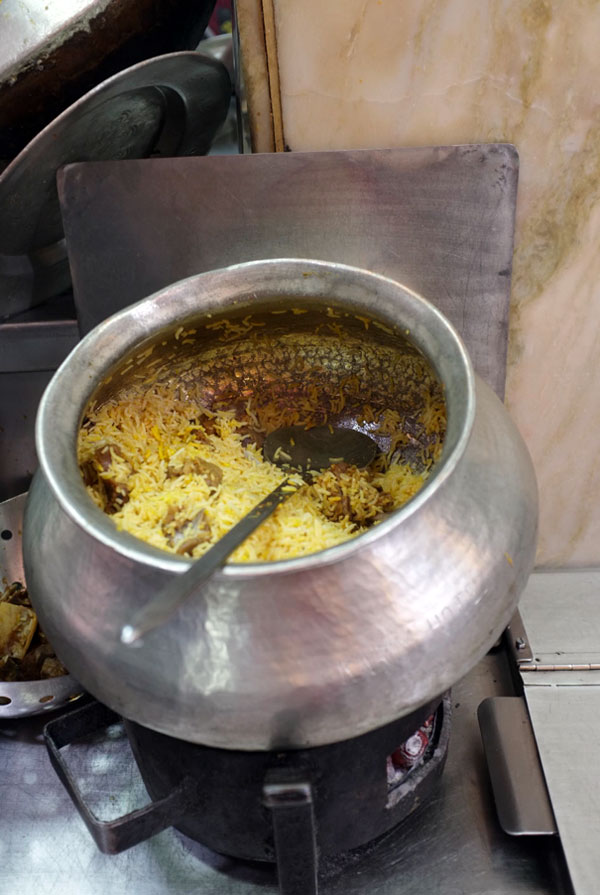 Just less than 5 minutes walk from Karim’s stands the majestic looking Jama Masjid, which is India’s largest mosque that can hold 25,000 prayers at a time. It is worth paying an extra charge to climb the narrow southern minaret, 121 steps, that gives you amazing view of Delhi. 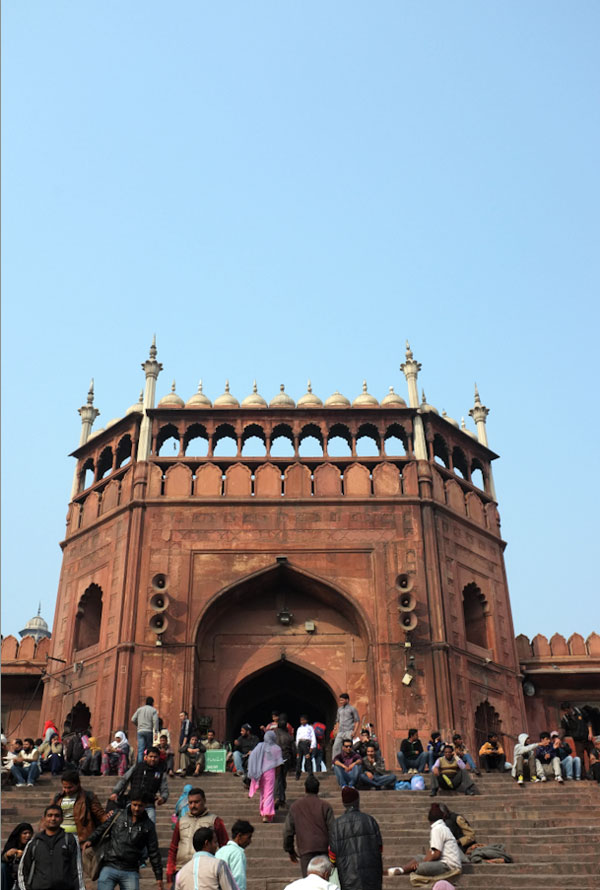 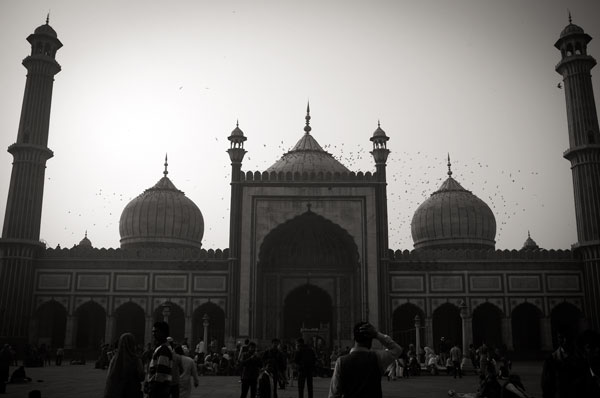 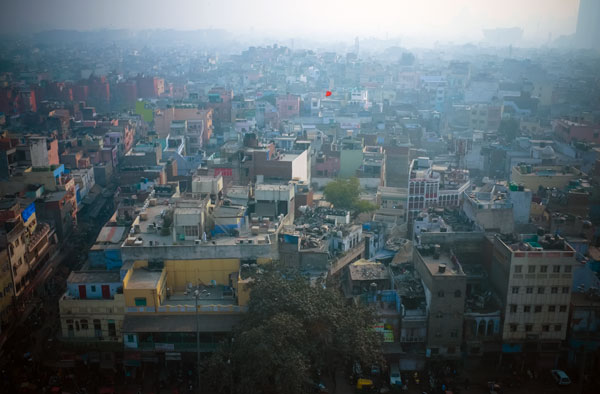 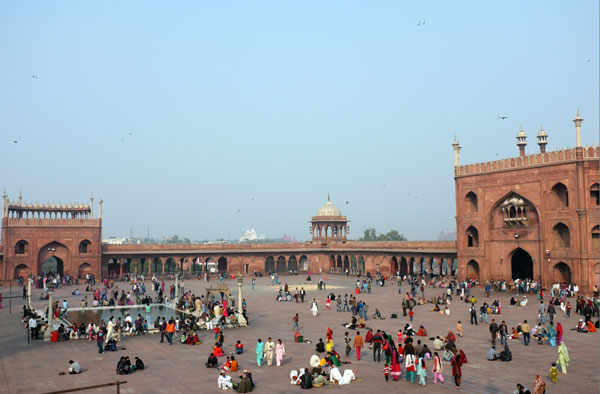 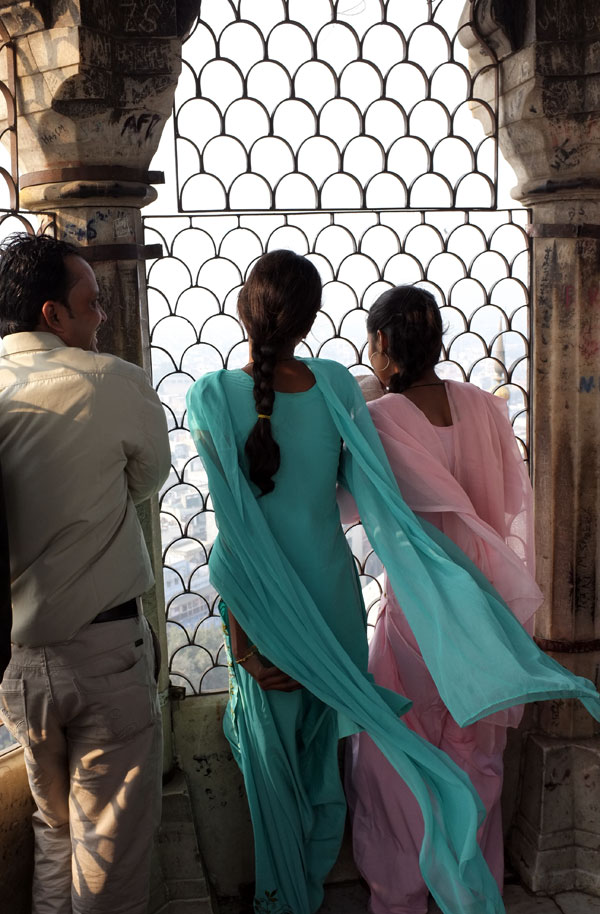 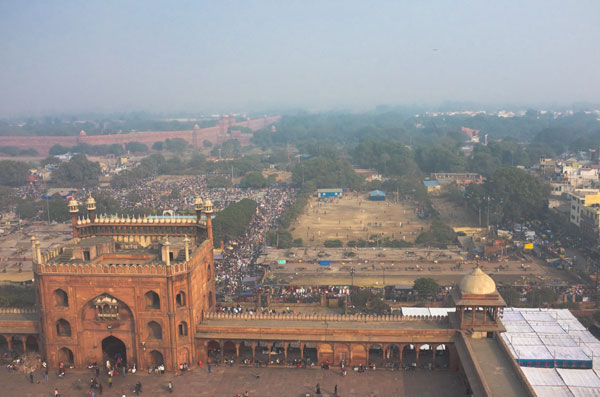 Less than 10 minutes walk from the south gate of Jama Masjid took us to a market that were packed with the locals. Over here, they sell anything from food to antiques. It was noisy and walking through the crowds proving to be a challenge. But, definitely a place that one could see the daily lives of the locals and vendors. A lot of vibrant looking street food on offer, I took no chances looking at the state of the hygiene. So, I just sampled a few through the viewfinder of my camera! 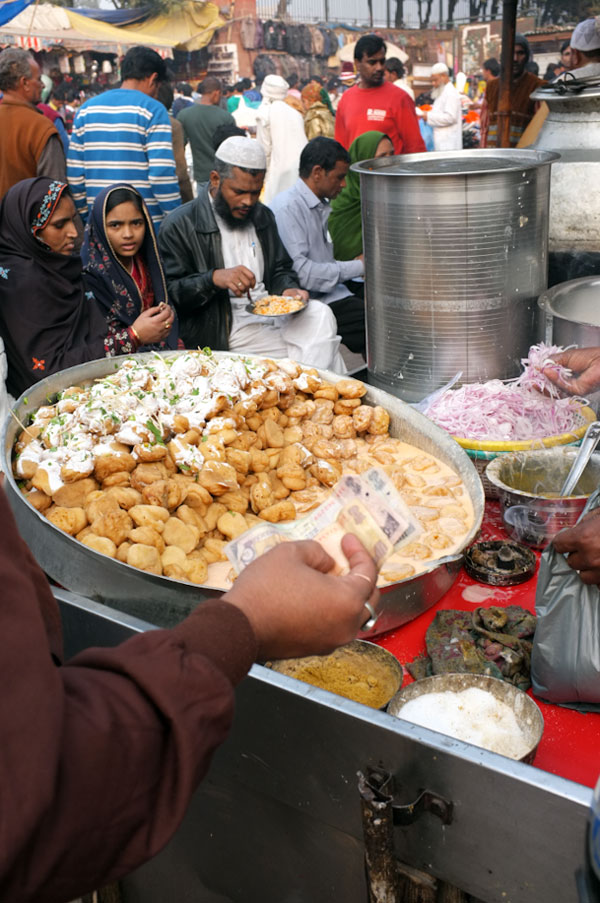 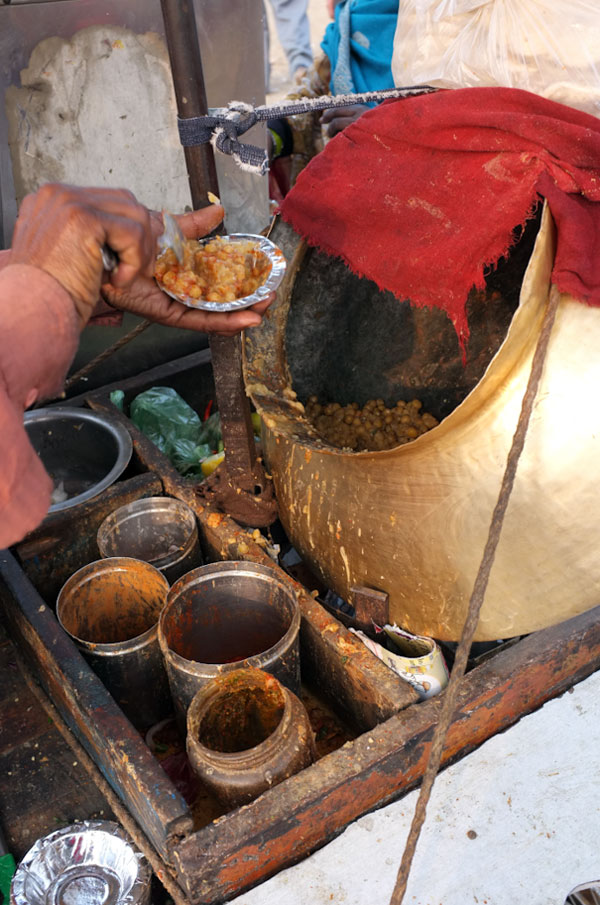 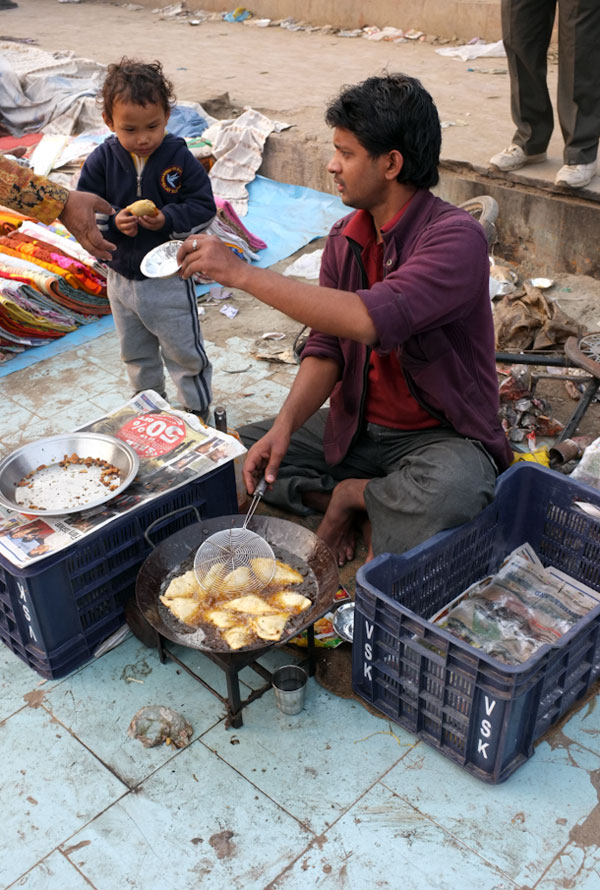 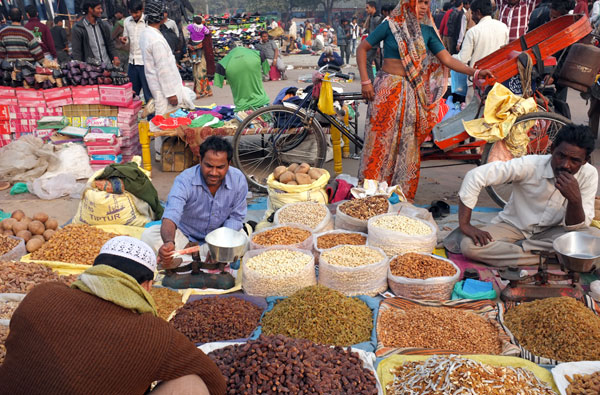 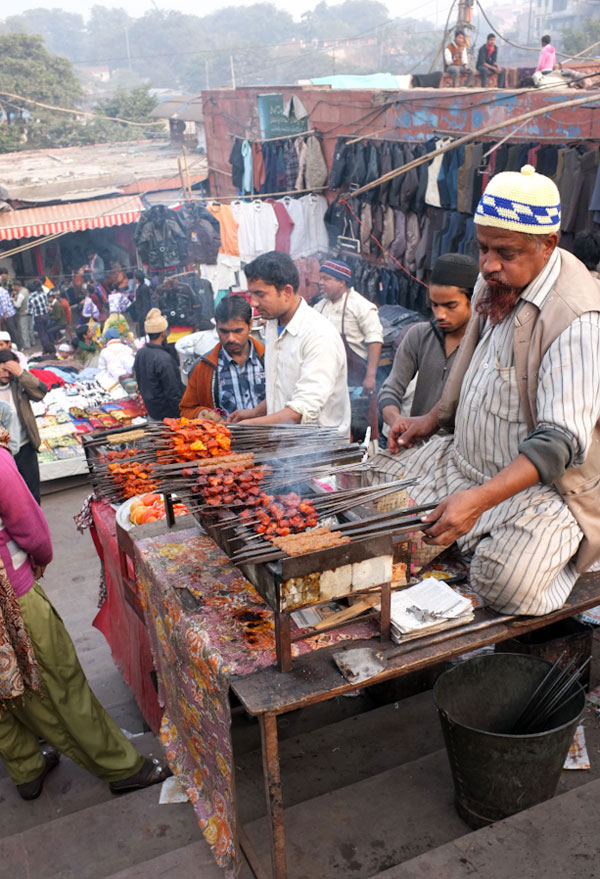 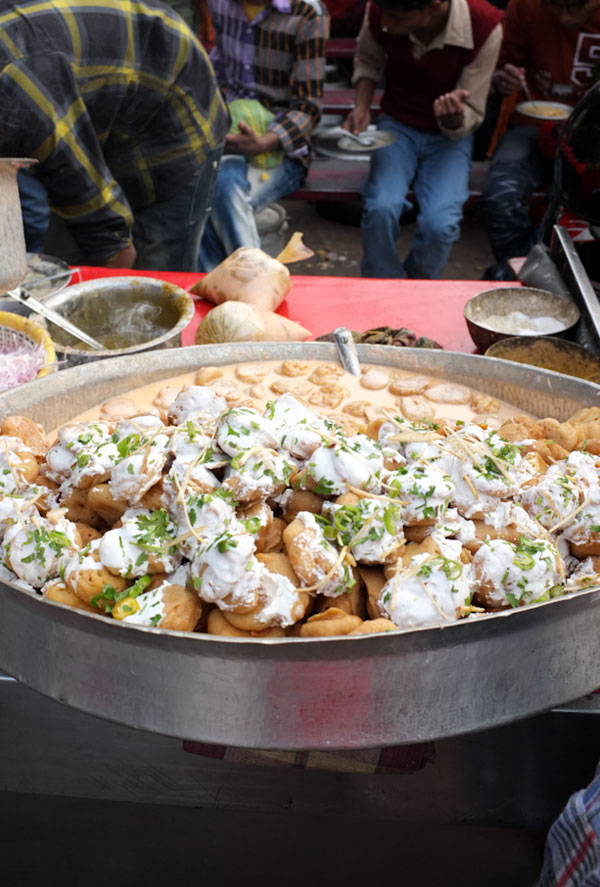 I found my moment of calm and tranquility at the Red Fort (Lal Qila) – a fort complex constructed by the Mughal emperor that served as the residence of the Mughal Emperors and also a UNESCO World Heritage Site in 2007. The walls are made from red sandstone and extend 2km and vary in height from 18m to 33m. It’s worth a visit for some pretty captures and enjoy the calmness in the fort before I called it a day! 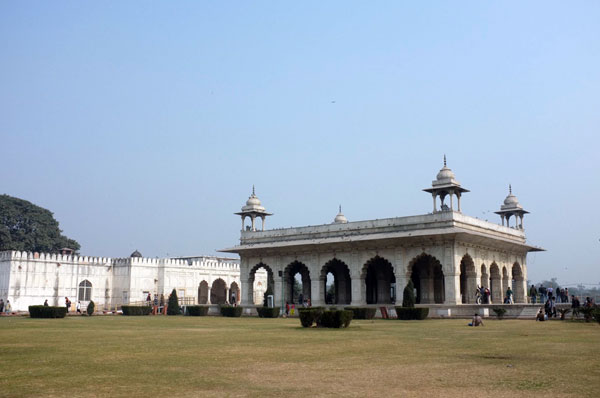 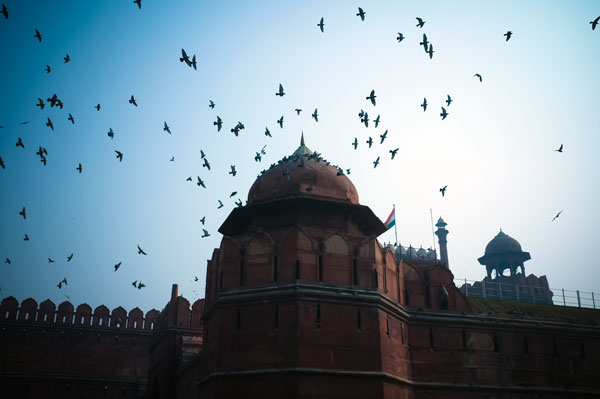