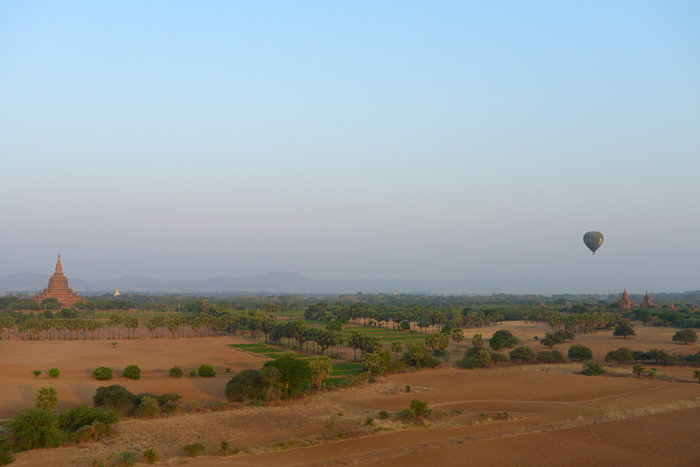 Bagan. I don’t know where to start. For first-time visitors to Burma (Myanmar), Bagan is a must-see destination. This place has blown my mind away with all the temples! I’ve seen a lot of photos of Bagan – those sunrise or sunset silhouette of Bagan with hot air balloon in the backdrop. These images are so pretty. They are even prettier in real. Not sure if I’m making any sense here – but, there is no lens in this world that can beat human eyes!

Bagan (ပုဂံ;) is an ancient city located in the Mandalay Region of Myanmar. Wikipedia: From the 9th to 13th centuries, the city was the capital of the Kingdom of Pagan, the first kingdom to unify the regions that would later constitute modern Myanmar. During the kingdom’s height between the 11th and 13th centuries, over 10,000 Buddhist temples, pagodas and monasteries were constructed in the Bagan plains alone, of which the remains of over 2,200 temples and pagodas still survive to the present day.

We spent 3 days and 2 nights in Bagan. For us, it’s a good duration. You may want to add in extra day if you have a less stretched schedule and budget.

We arrived in Bagan very early in the morning, at around 4am. We took an overnight bus from Yangon. It was a VIP bus (JJ Express), with a 2 + 1 configuration. I really recommend this bus company – friendly service and comfortable.

The bus came to a stop. I wasn’t quite sure where it was but probably about 20 minutes from New Bagan. A guy came to collect money. We were a bit clueless until we were told it was to pay a fee of US$20 to enter the Bagan Archaeological Zone. As soon as we made the payment, we got off the bus and collected our luggages. Very soon after that, we were met with a swarm of Tuk-tuk drivers. Negotiation took place and we manage to get one that agreed on the price. We got onto a tiny car, where the back passenger seats are just nice for 2 people. The driver pressed real hard on the accelerator, as if we were in a rush. We were guessing he probably wanted to go and get more passengers for the day.

It was pitch dark at 4-ish. The car was so fast that I found it difficult to focus. If I remember correctly, it took about 20 minutes to reach to our hotel in New Bagan.

There is a wide range of hotels in three main areas: Nyaung-U, Old Bagan and New Bagan. Nyaung-U has the bulk of the budget accommodation, New Bagan has the mid to high-end and Old Bagan caters to the more upmarket traveller.

We chose Bagan Lodge, which is located in New Bagan. It has a total of 82 rooms with a fusion of classic Burmese design and contemporary decor that is set on the edge of the archaeological zone. Not far from the hotel, less than 5 minutes car ride will bring you to town centre where most restaurants and hotels are concentrated. Location wise, I think it’s great if you want to have a quiet and relaxing environment. 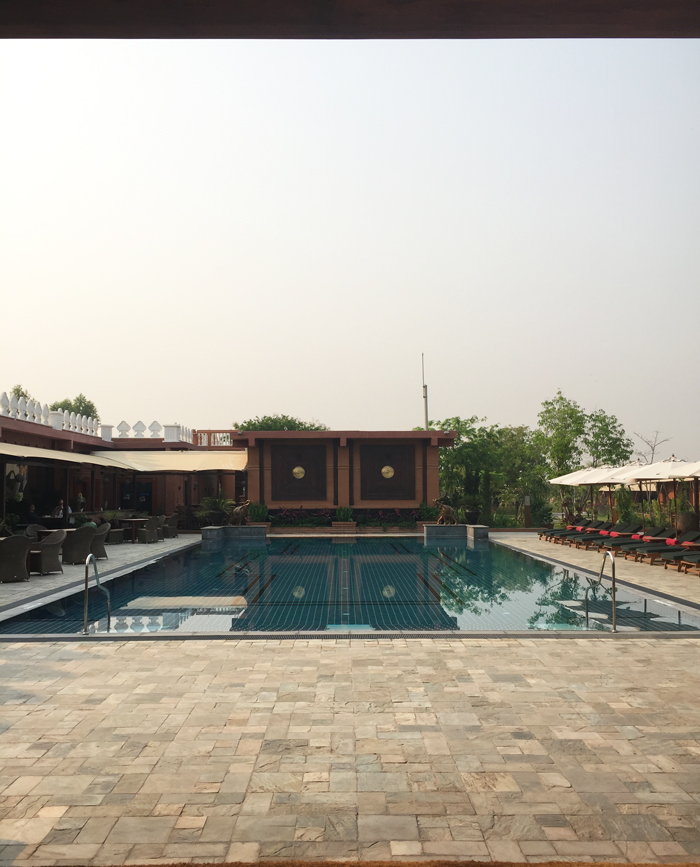 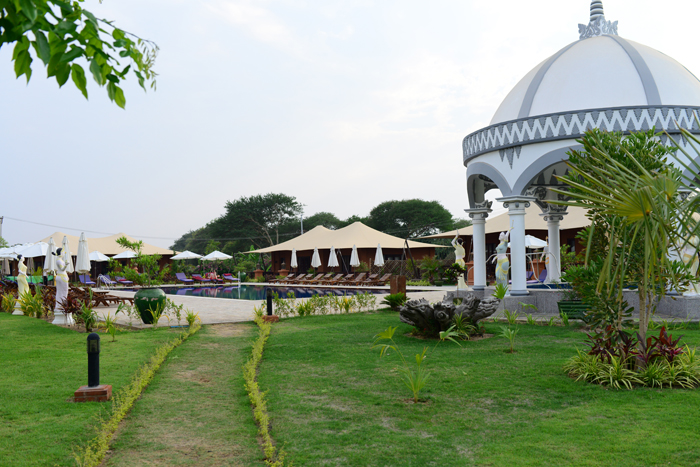 It was very quiet. We were welcomed by a gentleman who checked us in. The process was fast and smooth. It was a nice gesture from the hotel to have accommodate our early check-in. We were taken to our room – really spacious lodge-style bedroom. The bathroom is massive, with a King-size bed (very important) and good shower space (important too!).  There were 2 sinks, a bathtub and a toilet. 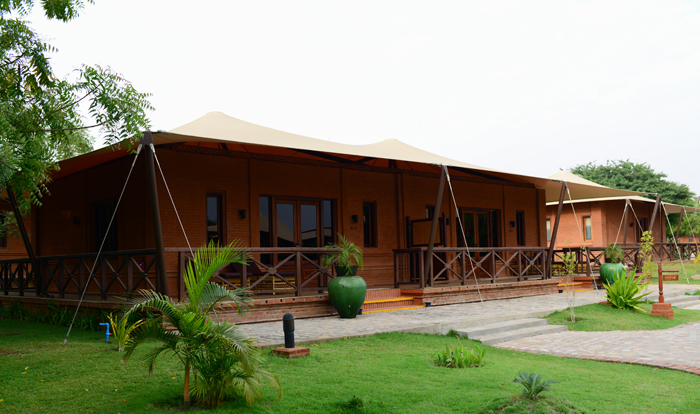 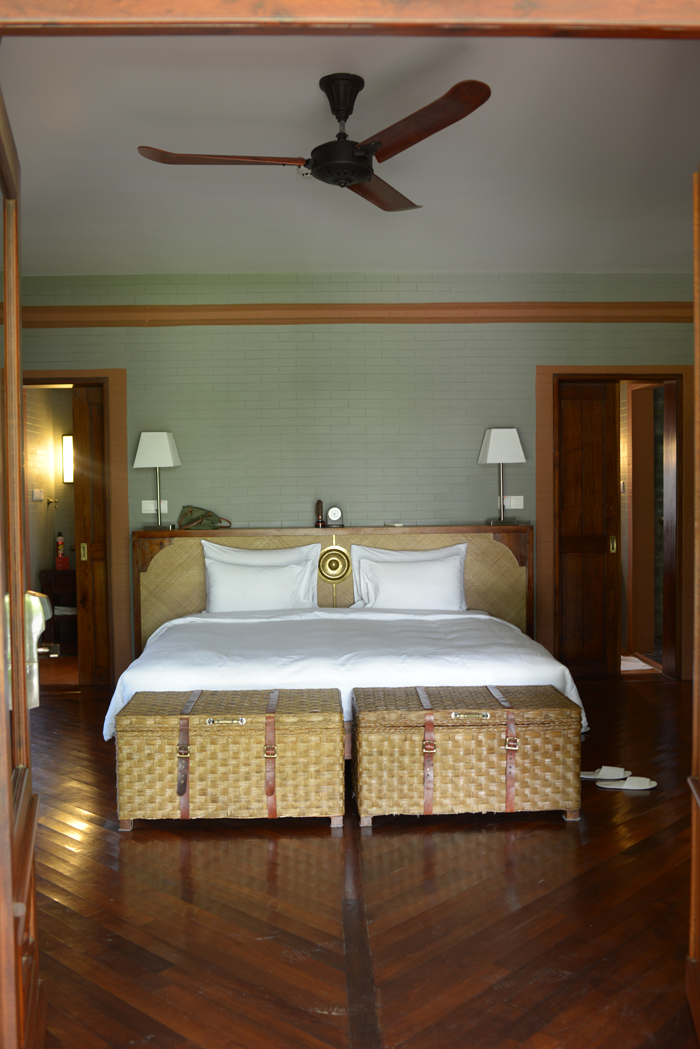 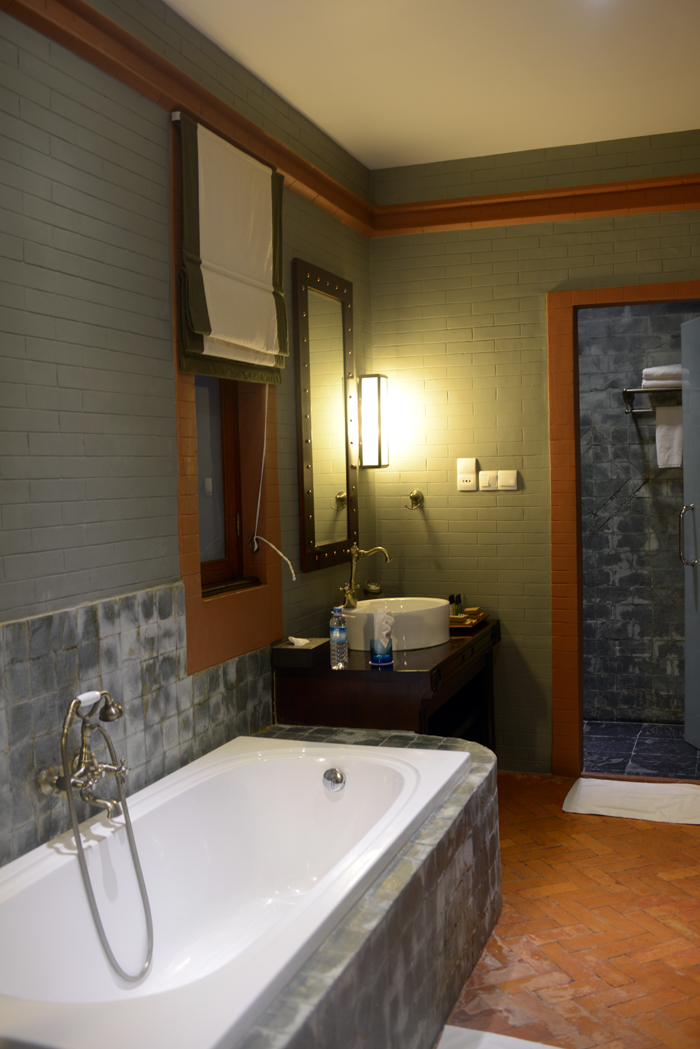 I had a really refreshing shower after over 12 hours of bus ride. It was indeed needed! Chilling at the verandah, enjoy the lights of dawn was relaxing with a light breeze touched on my face. When I lifted my head, I saw some hot air balloons dotted the light blue-orange-yellow-pink sky. “That’s on our to-do list”, I mumbled. 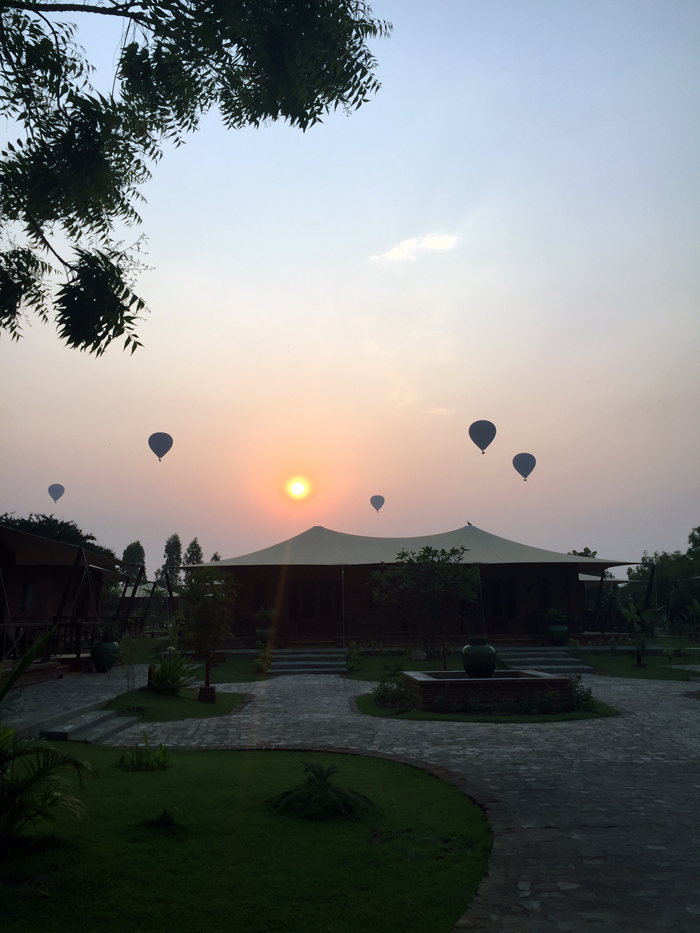 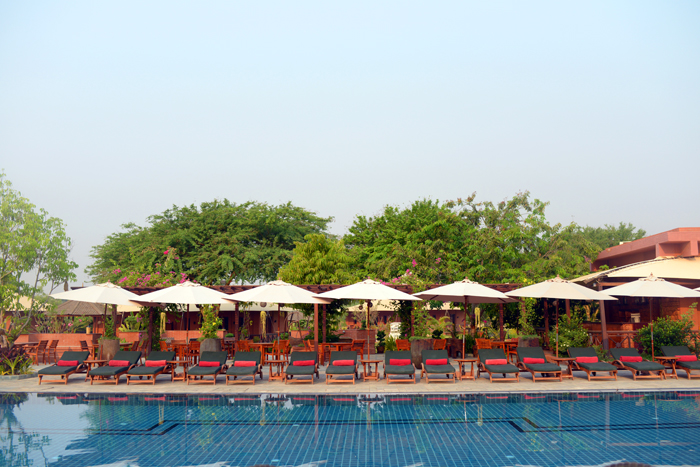 We had an early breakfast at the hotel’s main restaurant called Tiffin Box. Different kind of breads, fruits, Asian to Western dishes were on offer. A gigantic size of pool is in front of the restaurant, making it even more tranquil and calm in the morning. There is another pool near to the end of the hotel’s compound, which is really big too. This place is really great to relax and to take it easy. 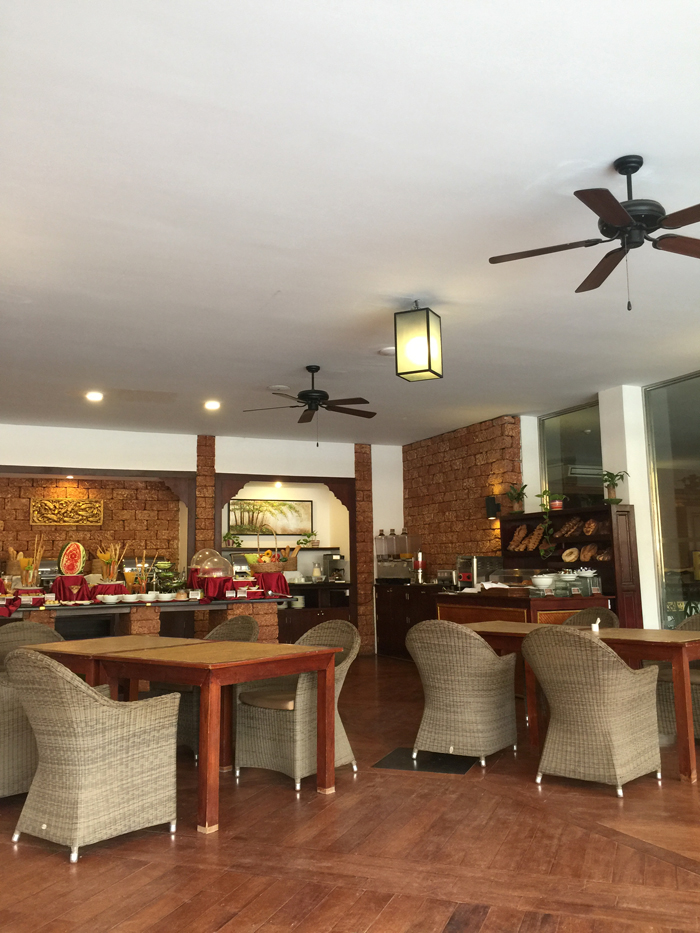 We had arranged a half-day tour to Mount Popa and the driver picked us up from the hotel. There was a local market on the way. Our driver asked we wanted to stop and check out the market. We thought it was a great idea. Indeed it was a good decision to check out the locals’ life and their weekend routine. A lot of fresh produce were on offer; people came with their own baskets to purchase their weekly supplies; haggling was taking place… etc. 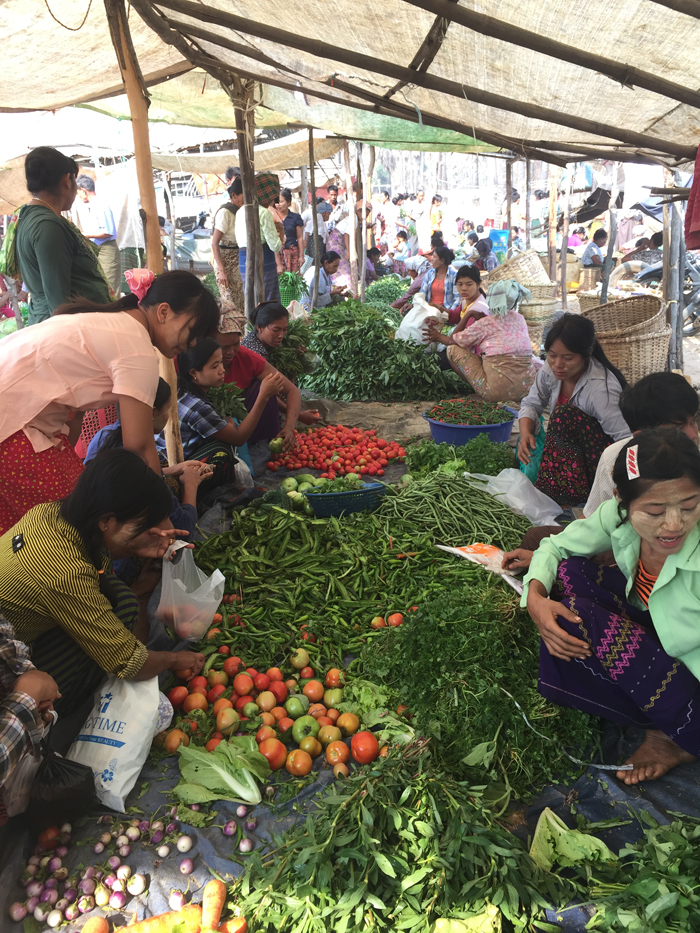 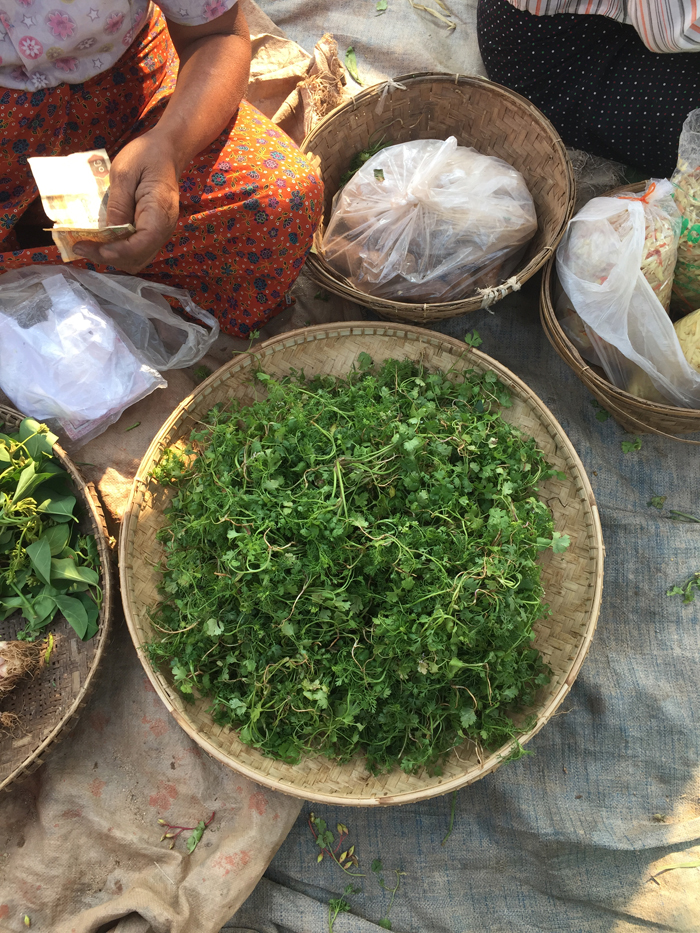 Mount Popa is an extinct volcano on the slopes of which can be found the sacred Popa Taungkalat monastery, perched dramatically atop a huge rocky outcrop. The monastery is entirely surrounded by sheer cliff faces and offers stunning views of the surrounding plains and Mount Popa itself. The impressive monastery is home to the nats spirits, a belief dating back to the 9th century and predating Burmese Buddhism, which has since melded with the religion.  In addition, nearly 2,000 Rhesus macaques have also taken up residency there. There is a total of 777 steps to the top, where monkeys can be seen everywhere! 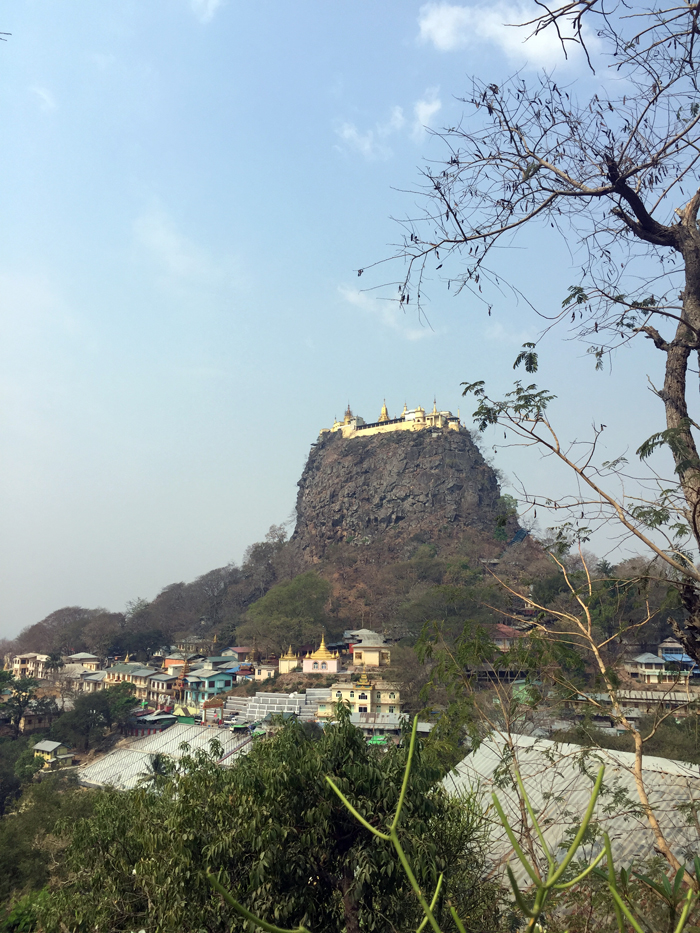 The walk to the top, though fairly steep and strenuous on the calves, was undercover. We got to the top a lot faster than I thought. After all the hard work, you are indeed rewarded with an incredible view! 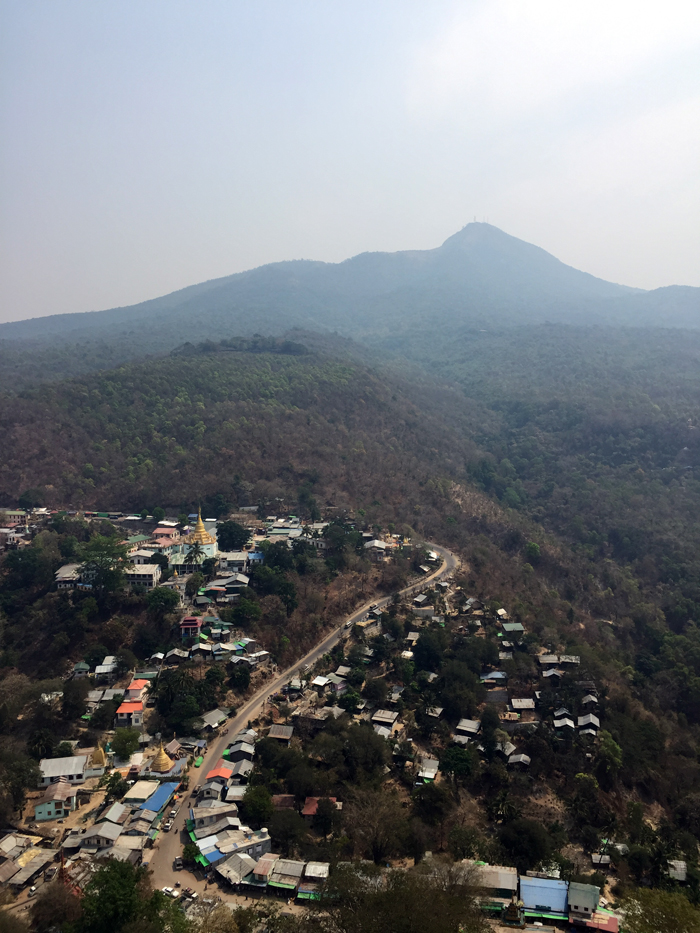 It was an early rise the next morning. We read about the hot air ballon ride in Bagan. Balloon over Bagan is one of the companies that offer hot air ballooning service. I hesitated at first as it comes in a big price tag of US$320 per person with a 40-50minute. After much consideration, we decided to book it as it would really be a once in a life time experience. The price includes a pick-up service from the hotel, tea & coffee, the balloon ride, champagne and pastries after the ride and transportation back to the hotel. The balloon rides are seasonal, from October-March. 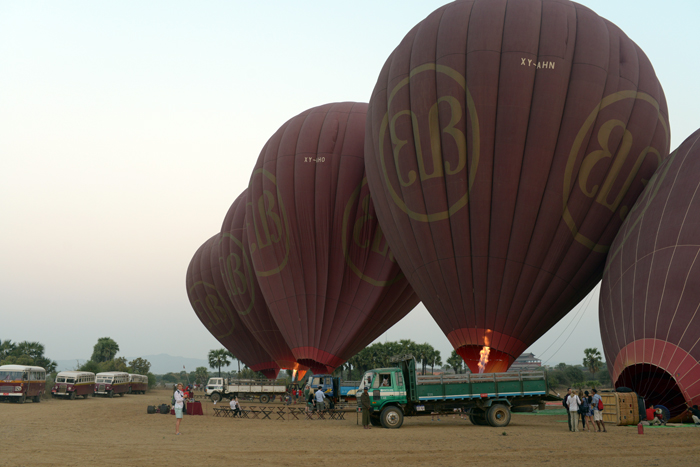 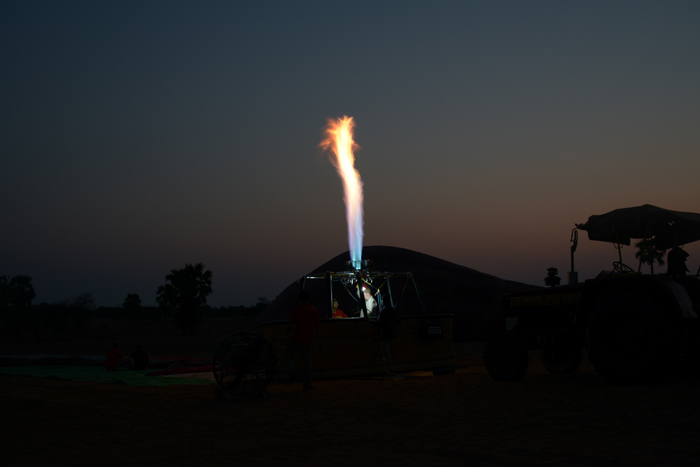 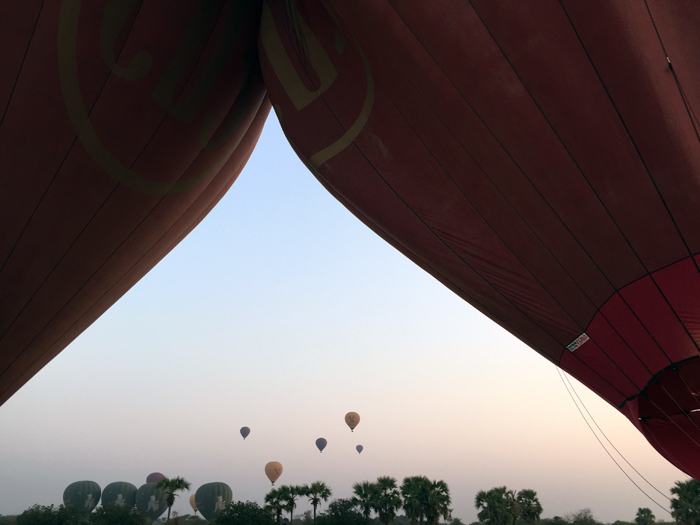 Everything was really organised. We got picked up at around 5am to the launch field and enjoyed our tea with biscuits while observing dozen or so balloons to be inflated. It was pretty amazing to see how much preparation work needed for a 40-50 minutes ride. Whether or not the price could be justified for all the efforts, I guess, it could be slightly cheaper, looking at the number of customers they take per day and per balloons.

As the sun started to peek over the horizon, our balloon still wasn’t ready. Others had taken off and ours seemed to be the last one to have the balloon inflated. Pretty annoying but with some extra patience, it was finally ready. Our pilot is a British man. He went through all the safety procedures with us. 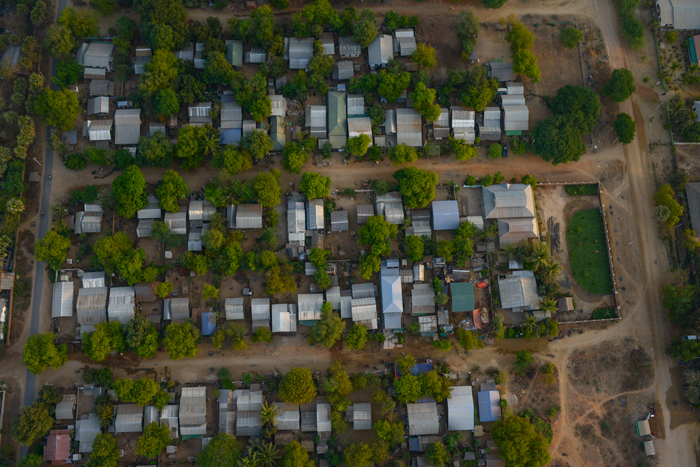 We slowly floated off the ground. It was a really quiet morning with light cool morning breeze. Slowly, we got our birds-eye view of the temples rising up out of the mist. Things looked so tiny below – some cows working in the fields, tourists on some random temples… The views were amazing and breathtaking! Our pilot occasionaly pointed and told us some stories of his favourite temples. It was pretty amazing how much he knows! 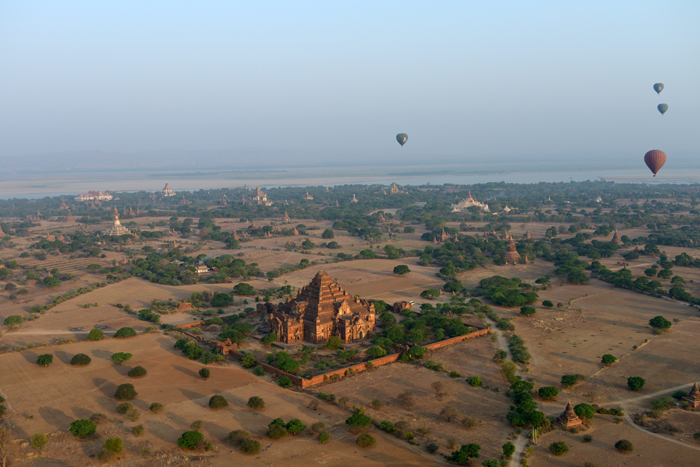 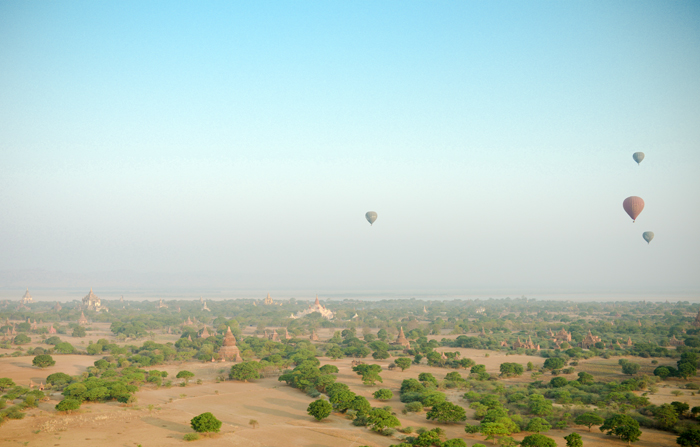 The pilot was contacting other pilot 10-15 minutes before the landing just to determine the landing spot as it was pretty much dependent on the wind conditions. As soon as we landed, other crew members held the basket and helped us climb out. We were then guided to the breakfast area with Champagne and croissants served – what a posh way to start our day before we were driven back to our hotel.

If you asked me if the flight was worth it? I would say, yes if you’ve never been on one. For me, it was a pretty amazing experience! And with the backdrop of 4,000 over temples, it was simply beautiful and out of this world! 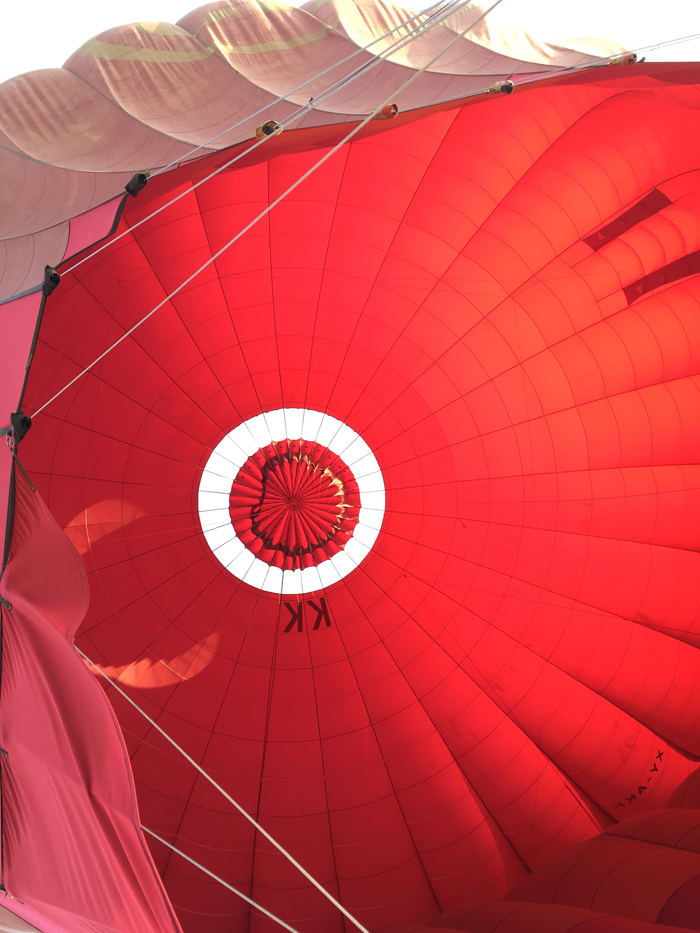