Fish and chips! There is nothing more British than fish and chips! It is the national dish! Fillets of haddock or cod are mostly used, are covered in batter and deep fried until golden brown. Fish and chips is a popular takeaway food which originated in the United Kingdom. It consists of deep fried fish, served with freshly chipped potatoes.

Britain’s favourite accompaniment to fish and chips is salt and vinegar but depending on the region. Others are mushy peas, tomato ketchup, curry sauce, and gravy. As for me, I always like to have with Maggi chili sauce.

Fish and chips remains very popular in the UK and also its colonies like Australia, New Zealand, and parts of North America. As far as I could remember, the best fish and chips I have ever had was not in the UK, but in Australia. To be more precise, it was in Fremantle, Perth, Western Australia. 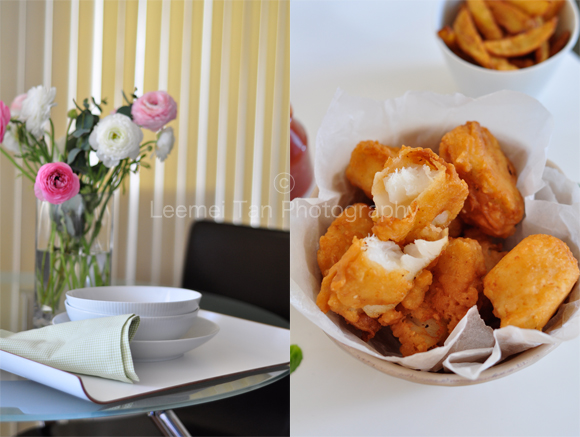 Ok…. I didn’t use the whole fillet. Rather, it should be called goujons of cod with chips. Goujon is the French word for small, fried strips of fish. I think  it is easier to cook small chunky cut of cod and looks nicer.

I like to buy fish loin (even meat too!) Cod loin is great as the flesh is chunky and thick, which makes it less easy to break into pieces, especially in deep-frying. You want to keep the whole filet together when you deep-fry, so you just need to pay a bit more attention when you buy fish fillets, make sure they are not too thin. 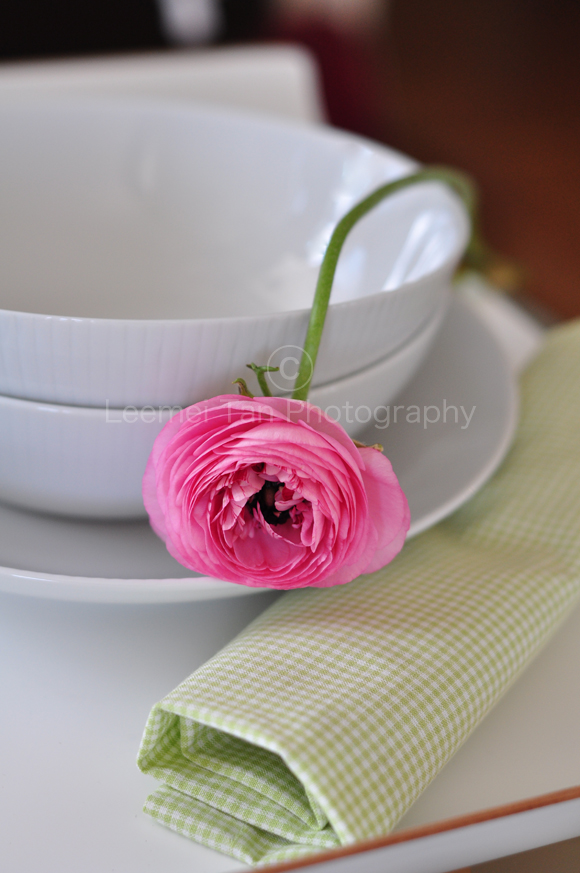 For the Thai-Style Fish and Chips:

1. Fill a medium, heavy-based saucepan with sunflower oil. Heat until a cube of bread browns in 20 seconds.

2. Sift the flour and baking powder into a bowl. Add 175ml cold water and fish sauce and gradually mix together to make a smooth batter. Stir in the coconut, chili powder, and dried coriander. Add 1-2 tbsp of cold water if the batter is a little stiff.

3. Cut the cod into chunky strips, about 2.5cm across. Season with salt, then lightly dust with the flour and shake off the excess. Dip the fish into the batter, then fry in batches (4-5 pieces at a time) for 5 minutes, until crisp and golden brown. Lift out and drain briefly on kitchen paper.

4. Divide the cod between 4 serving plates. Serve with lemon halves and some chips and chili sauce, if you like.