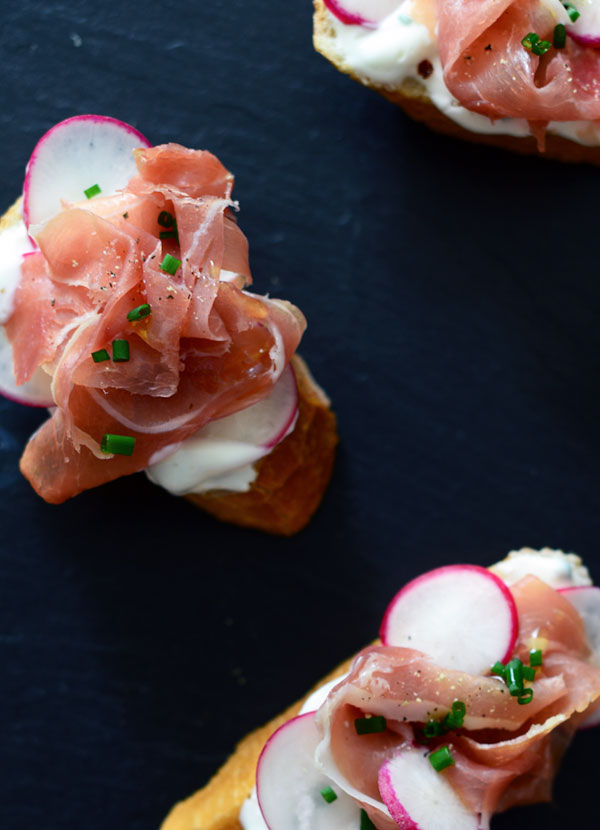 I didn’t quite realise how much I love Spanish ham until I last visited Barcelona. I know there are some heavyweight around, such as Parma/Proscuitto ham, Jambon de Bayonne and etc. But, for me, Spanish ham is my favourite.

Both white and the black pigs are farmed and fed on barley and maize during their first two years. When the white pigs are fully grown between 6 to 8 months, the black pigs are slower to mature, which takes another 2 years to be fully grown. During the 2 years, they roam free in the woods and pastureland of the dehesa, eating a natural wild foraging diet of acorns, herbs, roots and legumes, which gives the meat its distinctive rich and subtle flavour.

As you could have probably guessed there is a price difference between Serrano and Iberico ham. Yes, Iberico ham is much more expensive. Amongst Iberico ham, there are several different types:

Jamón ibérico de bellota – Top of the range, produced from pure iberico pigs fed on a diet of acorns during the Montanera and granted Denomination of Origin status. They are aged at least three years and often labelled “reserva” and “gran reserva”.

Jamón ibérico de recebo – This is from iberico pigs who are fed on a mixed diet of cereals and acorns and aged for at least three years.

Jamón ibérico cebo de campo – This is from iberico pigs allowed to roam freely, but their diet is solely cereals.

Though there are several varieties of Iberico ham, I am ok with just the one that doesn’t cost me too much, just the “entry level” will make me happy. In general, I like Spanish hams for some reasons – they are drier, very very thinly sliced, nutty and very smoky – very deep and rich flavour.

Well, the best way to enjoy is on its own with a glass of full bodied red wine (my all time favourite is Bordeaux). Though, there are many many different ways to use either Serrano or Iberico hams.

This time, I have made Serrano ham & fromage frais tartines. They are great for quick and  simple lunch.

1. Grill the baguette slices until slightly golden brown. Set aside to cool.

2. Meanwhile, mix the fromage frais with chives and parsley and season with salt and pepper.

3. When the baguette slices are at room temperature, spread a generous quality of fromage frais on each slice. Then put a slice of serrano ham and arrange a few slices of radish. Garnish with some chives. Drizzle some extra virgin olive oil, if desired, before serving.