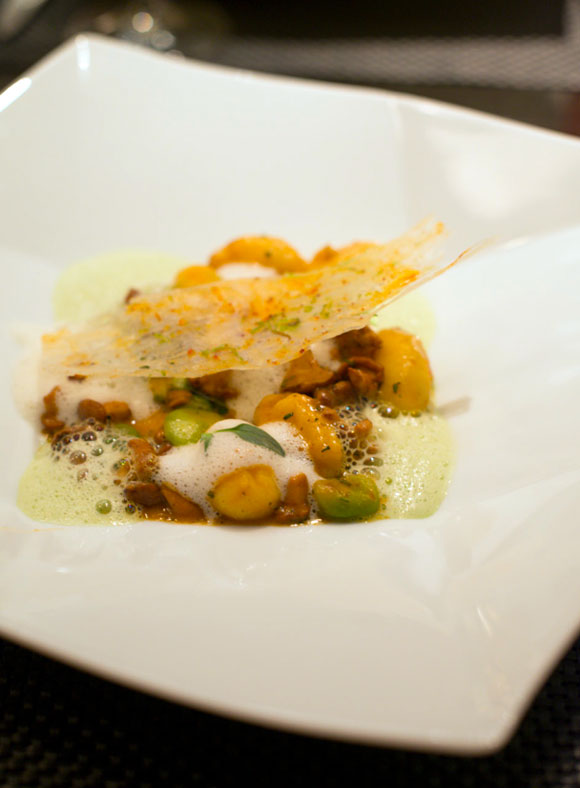 1st to 7th October 2012 is Potato Week. To celebrate, manyfacesofpotatoes.co.uk is on a mission to show Brits how to get the best out of the potato and, from this October, is launching a new classification system, set to change the way we eat and cook them forever.

Whether they’re King Edward, Estima or Maris Piper; sliced, diced or pureed; roasted, boiled or mashed, new research shows that too many Brits aren’t aware of the difference between the many varieties of potatoes – particularly younger shoppers who too often simply use what’s to hand. What’s more, while the majority of Brits are able to comfortably name the popular varieties of potatoes, their knowledge doesn’t extend far beyond this, with over 50% of those surveyed citing ‘New’ and ‘Baking’ as varieties!

I have a few potato recipes that you may want to check out: here, here and here.

With 85% of Brits wanting to know more about potatoes, manyfacesofpotatoes.co.uk has launched a simple guide which groups the most common varieties together in three, easy-to-understand classifications – Fluffy, Salad and Smooth as shown above.

A few weeks ago, I have been invited to L’Atelier De Joël Robuchon to sample the world’s very first potato tasting menu in conjunction with recipe sharing site Many Faces of Potatoes. BBC Masterchef star and protégé of Joël Robuchon, Olivier Limosin hosted once in a lifetime potato menu.

It was such a great experience and a truly jaw-dropping combination of tastes. Olivier has created an inspiring and unique 7-course menu that has shown the versatility of potato. Each dish was accompanied by wine which the house sommelier talked us through each one before it was being served. 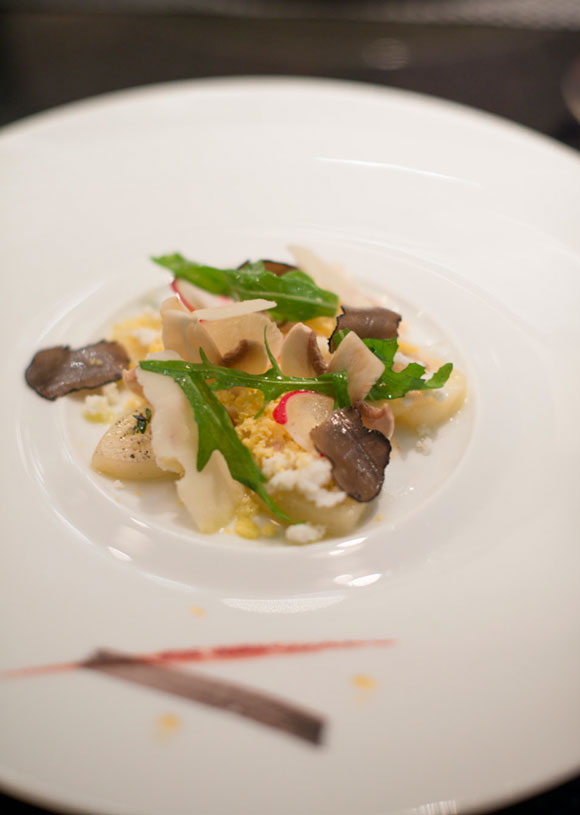 “Vichyssoise”, potatoes and leeks soup (la pomme de terre – en vichyssoise et son croustillant de poireaux) – a dish that was very well balanced, topped with a slice of smoked haddock. The soup was smooth. Desiree potato is the variety that was used in this dish. 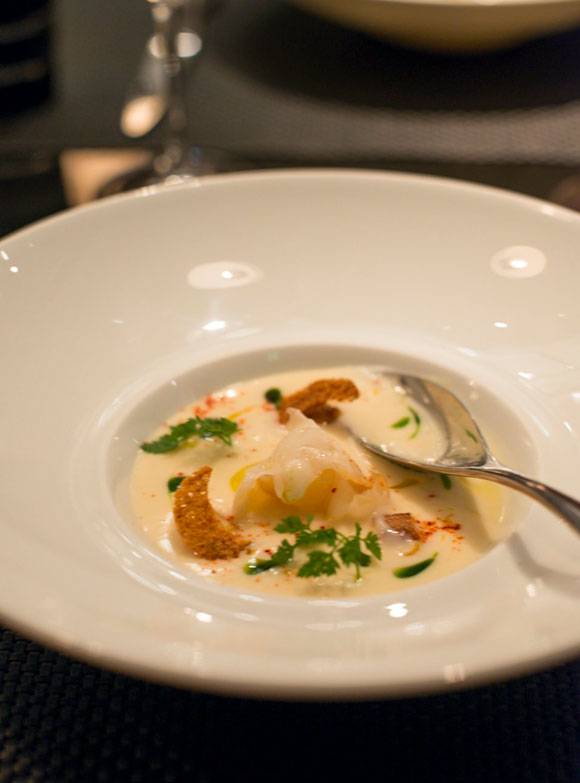 Gnocchi with a “fricassee” of mushroom and fava beans (les gnocchi – glacés dans ses sucs, fricassée de champignons et fèves) – pretty as a picture. The Gnocchi was light with great texture and went really well with the mushrooms. The potato variety used is King Edward, a fluffy type of potato which is great for making gnocchi.

Iberico pork braised with Grenache wine and served with potato puree (le porc – ivre de généreux granache noir, mousseline de pomme de terre) was my favourite dish and really pretty too! The buckwheat neat was pretty to look at and crunchy to eat. The pork was tender and almost melted in mouth. And of course, the potato puree was so smooth and silky. Desiree variety was used. 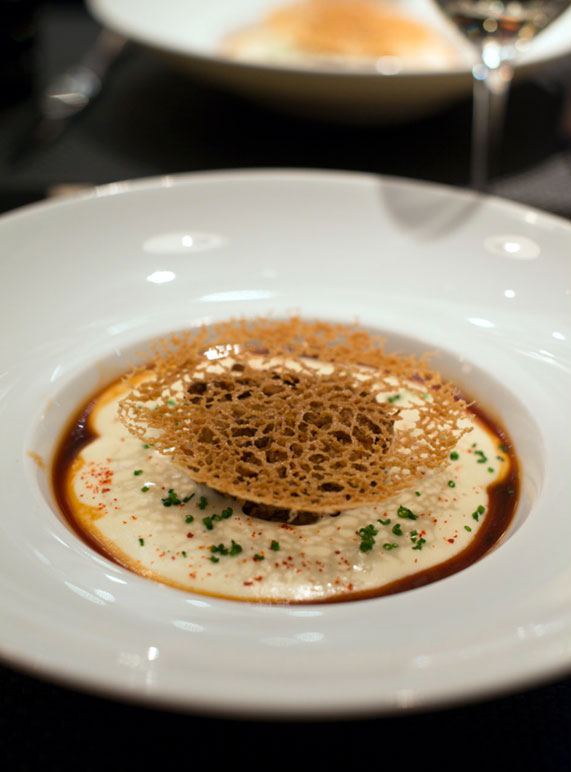 Crisp of amond, potato and vanilla with red fruit coulis (la pomme amande – en croustillant vanille et coulis de fruits rouge de saison) was, I think, a very imaginative pre-dessert! I could never image there was potato (Maris Peer) in it! The Filo pasty was crispy outside, served with coulis was just perfect overall and yummy

Caramelised picolini in brown sugar and Grand Marnier, served with citrus custard and mandrin sorbet (picolini – caramelises avec du Grand Manier et sucre brun servit avec uni crème anglaise d’argumes et sorbet mandarine) was a great sweet ending to the potato tasting menu.  I had truly enjoyed the journey and felt that I learnt so much about potato like never before – the different varieties and versatility. 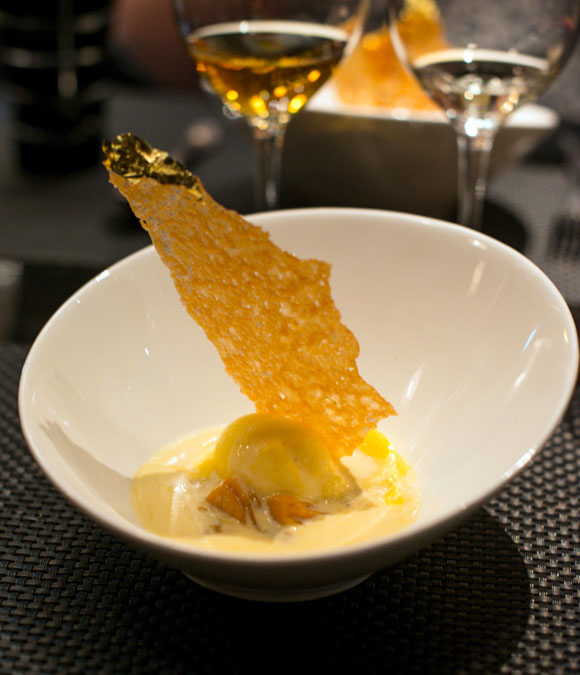